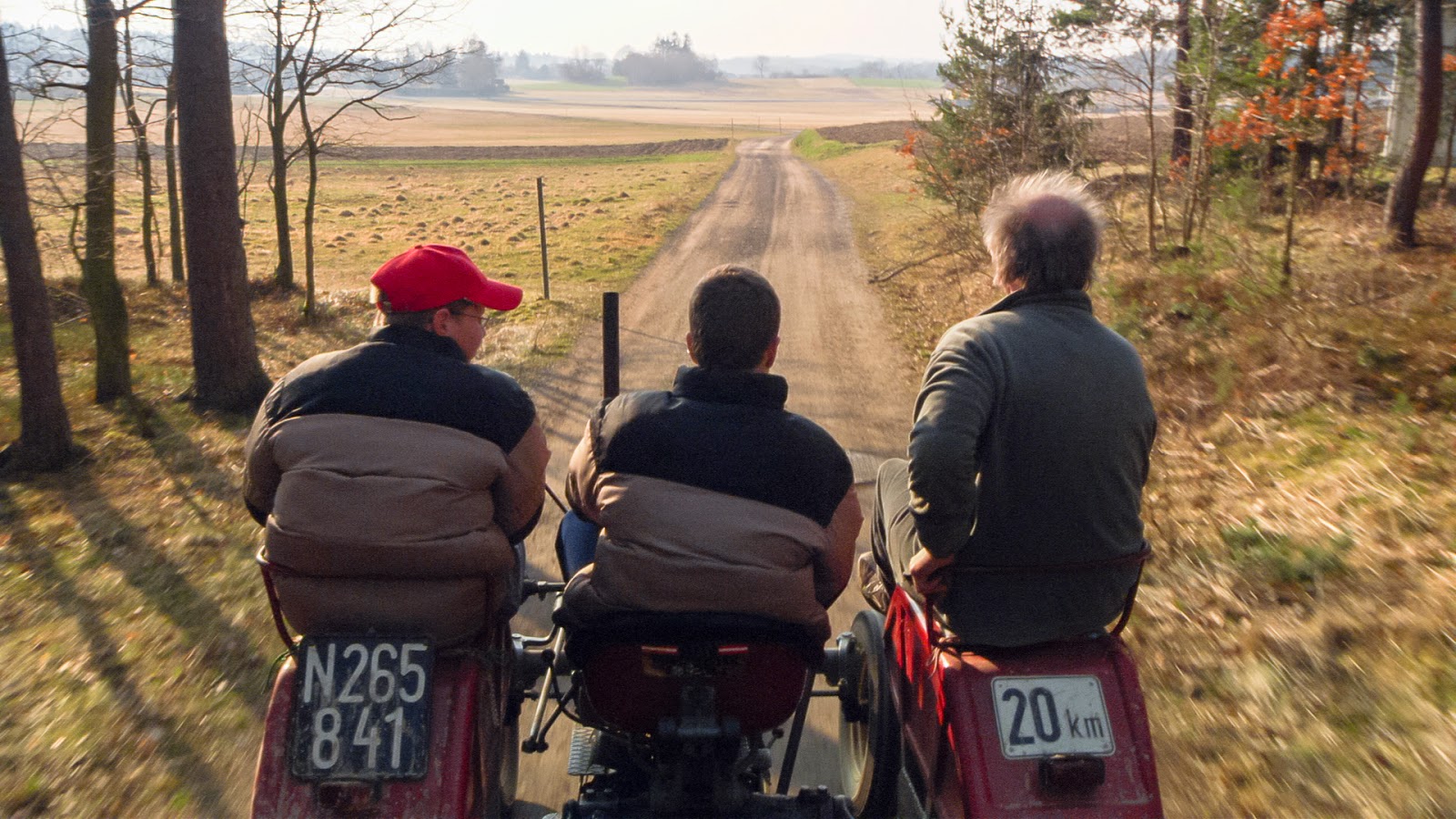 The greatness of cinema is primarily its diversity. And a film festival makes only sense if you get a taste of the whole range of this diversity.
My mind is still full from last Sunday and these two masterpieces by Patricio Guzman and Terrence Malick but also from  François Delisle´s wonderful Chorus. Yesterday evening, I saw this 188 min long documentary Über die Jahre by Austrian Nikolaus Geyrhalter. It is a long time observation of some clerks and workers in an old-fashioned textile factory which had to be closed. It is in a part of Austria close to the Czech border. We see these people whose life we witness in fragments aging. The more we learn about these people the more we feel the tenderness and compassion of Geyrhalter´s point of view rising. In the sens of Barbara and Winfried Junge and their legendary long time observation of “The Children of Golzow”, we get an idea about identities who are not at all bigger than life but who are shining for a moment as living beings of history. Cold and soulless statistics become body and soul. One of these persons is a book keeper, a shy man who spends hours in his free time to catalog his music collection. That provoked some laughter during the screening, which made me nearly as upset as the dumb reactions during a screening of a film by Malick. For me it was an insult against the confidence these people have in us and the filmmaker.
This “life without Ups and Downs (Ozu) passes by in front of our eyes, of us sitting in relative comfortable seats of a film theatre. If we do not see the longing in this steady human lives – we have seen nothing and we have not understood cinema at all.

In the best documentary tradition of the finest films by Peter Nestler, the film is shot almost entirely in static and quite sequences. In front of our eyes piece by piece we got a sense for the gigantic dimensions of human biographies. Geyrhalters perspective remains discrete but a discretion which does not exclude tenderness and compassion. Geyrhalters gentle and respectful view on ordinary people depending their whole life on other-directed work reveals a stronger resistance against the ruling disease called Neo-liberalism than too much ideological predetermined smart arses.

Über die Jahre demands attention and patience. I had no idea that this film will be over 3 hours long. I was tired and I have to admit, it took all my patience. I went home and had no idea what to do with this film I just saw or if I will write about it. But during this night, the film must have worked in me like yesterday´s screening was just a “recording” and the night an “inner editing” I waked up and there the film was still in my mind. The long span of life Geyrhalter recorded and spent from this life compressed to 188 minutes of film must have been unpacked in all its dimensions during this night. This morning I felt the whole weight of the human biographies revealed in this film. 12 hours after I left this film theatre I am sure I have seen a very special and very moving film. Über die Jahre might come from another corner of the universe cinema than Terrence Malick and Patricio Guzman but in its intensity and in its consequence it reveals the same movement towards the center of cinema.