Notes on The Days Run Away Like Wild Horses Over The Hills by Marcin Malaszcak, Poland/Germany: 2015-Berlin Filmfestival III.Forum 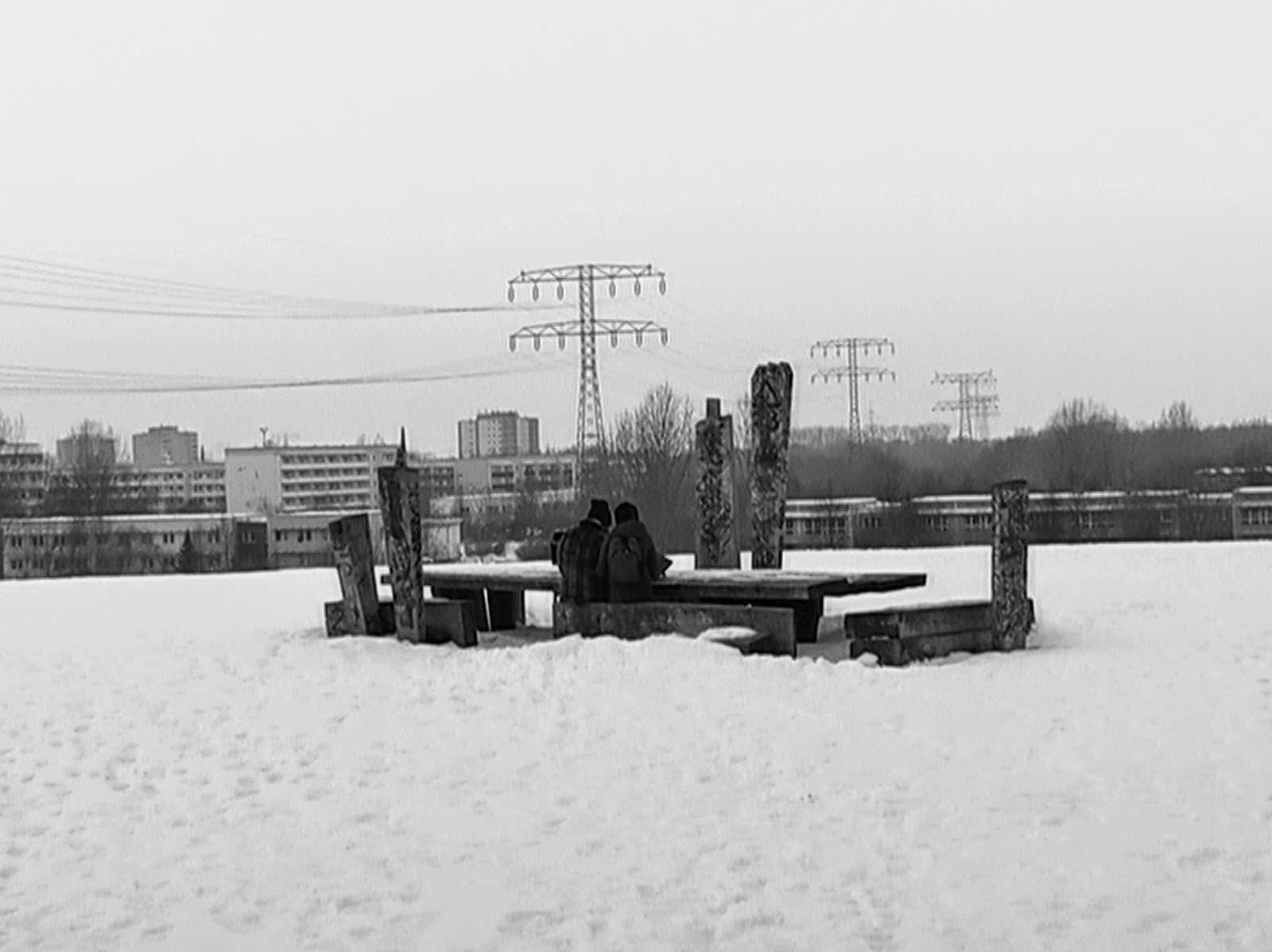 A film which does not really turn into a narration. I remember during one of these great lectures on “Dramaturgy of films" by Ernst Schreckenberg from “Komunales Kino”, Dortmund once said that our memory works selective. What remains of a film in the memory are often moments. Truffaut once wrote that he had difficulties to reconstruct the story of a film he just saw. His enthusiasm as a young cinephile also was often caused by single moments.
The Days Run Away Like Horses Over The Hills presents every day fragments of women, from a very cute toddler called Elise to old women.
Only at the first sight we have the illusion that the film just films how life is without “ups and downs” like Ozu once defined his ideal of a Cinema on every day life. More or less the fragments we see in this film and which finally will be part of our memory, are exactly the pendant to parts of our life we probably forget very soon. That makes each moment very fleeting and we forget for a moment that this film can be watched again if on the screen or on  DVD.
There is for example a young woman taking care of our Elise as a day nanny. While Elise is walking around opening cup boards, the young woman is resting on the floor. This scene is filmed in a very Ozu-like Low position and as this film is made in the classic Academy format, it accentuates more the verticals in this frame. Through this low position, a toddler which we usually see from above we now look up to the child. One can enjoy this moment not only because of this cute toddler Elise but Elise is also a very good introduction to this film, her curiosity inspirers our own.

Three young women having a party in an almost empty apartment, talking and dancing. Nothing important seems to happen  - we think for now. The idea filming every day moments which seem banal and which we realize later as condensed like a Haiku is very familiar to me because of Ozu and his incredible masterpiece Bakushu.
We see a young woman taking a shower hidden by a shower curtain, protected against any voyeurism. Later she puts her face on which is shown in close up. We see an image of her and at the same moment she established an own image of herself. The Black and White image turns colored.
The film moves to old women in Poland. Even though the film remains recording every day moments, we see the difference. These old women are in the middle or near the end of their life. There is a long dialogue during an afternoon coffee where an old women tells about a beloved person she has lost.
What I did n´t know during seeing this film and what I read some days later in the press text in the director´s statement that all persons who appeared were the director´s former girlfriend, other friends, hist mother, grandmother and their friends. Like in an Ozu-film these different generations of women and this different living environments are different approaches to find a place in life. The Days Run Away Like Horse Over The Hills by Marcin Malaszcak is not a film you just watch, it is a film which work in the memory days after you have seen it. Watching is here to acquire what you have seen and finally edit in your memory. And like in this film it happens often in cinema that through fragmentation of the things revealed in the film the scope of the world is the more imaginable

Posted by shomingeki at 3:15 AM No comments: