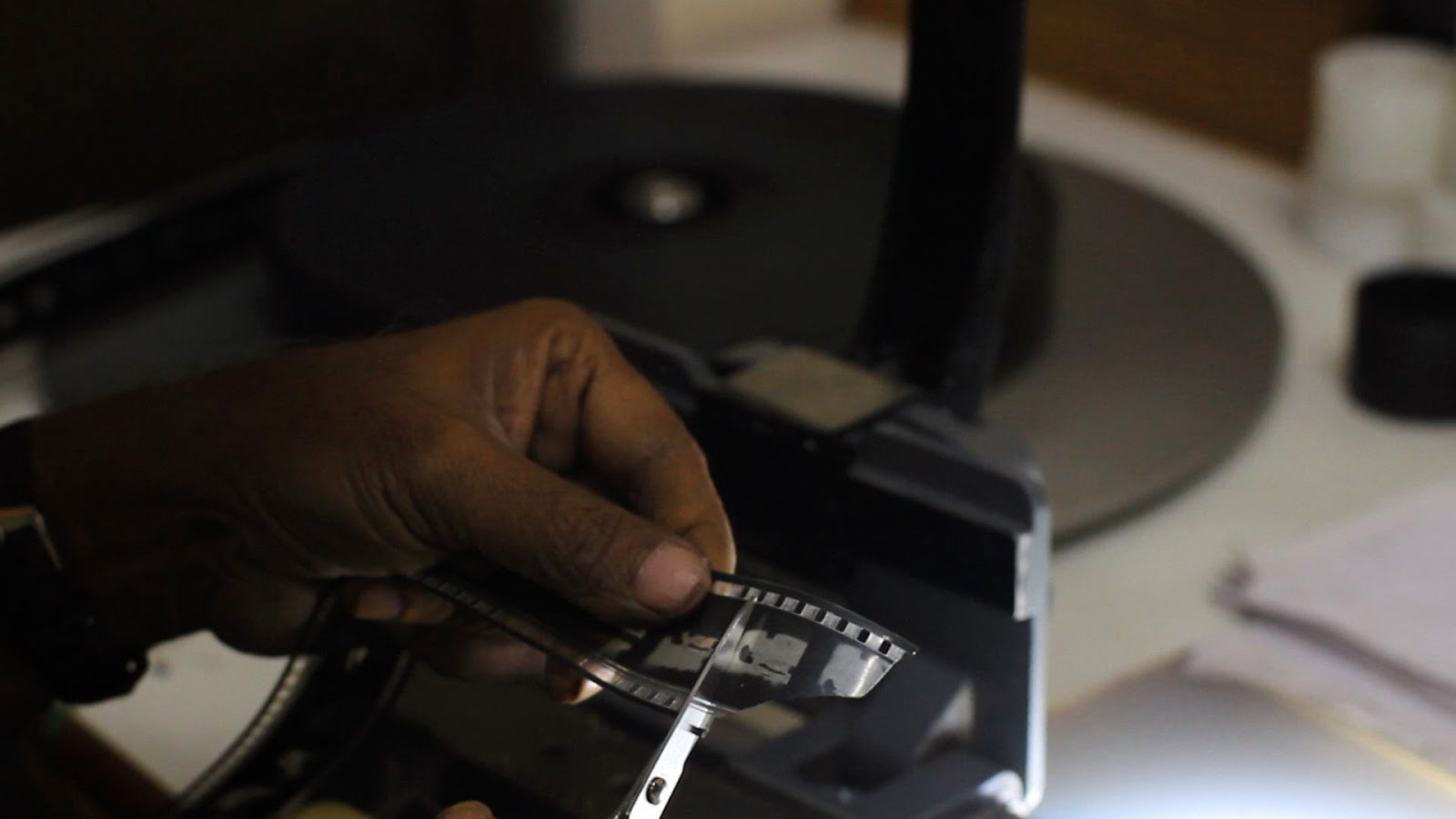 First of all, this documentary is a journey through Indian film history. At first it is about a place which was once a famous film studio which produced films from the early history of Indian cinema called the "Prabhat studios". After it was closed the Indian government owned it and the famous Film Institute of India was founded.
We hear witnesses who still remember the time of the film studio and later film professors of this institute. Film history took place here but now the studying, preserving and restoring of films takes place. That does not include only to prevent the Indian film heritage against its chemical decay but also to prevent the knowledge of film history against the waters of forgetfulness.
I can´t hesitate to think of Chou Davy´s Le Sommeil d´Or (The Golden Slumber, Forum 2012) this journey through Cambodian film history which was by force nearly erased. Well in India it is mostly a shameful carelessness which erases film history.
Several time we see people from this institute working with 35mm film matter, restoring editing, archiving, projecting. Ironically we just have entered the age of digital film projecting. The knowledge about the complex mechanical and chemical work with 35 mm film is in danger to be forgotten soon.

Prabhat Pheri distinguishes beautifully several kinds of memories, the memories from people who worked at the film studio or at the film institute. Anecdotes and little stories saved through memories but depending on a living human body. The other memories, photos and last but not least the film prints it self seem to be as mortal as the mostly old people who are remembering.

Right at the beginning we see countless film prints which are already decomposed forever lost. An image which reminds painfully in the mortality of cinema.
This film institute is also a place of stories. Ritwik Ghatak, the super nova of Indian Cinema was once a teacher here. Even though for a short time, Ghatak influenced a whole generation of film makers. Only with joint efforts of international film archives , Ghataks films could be saved against its decay and disappearance from the public memory.

Prabhat Pheri itself is built like a big real estate with countless rooms. Each room is full of almost forgotten stories in form of oral tradition or evident in form of photos, film prints or abandoned film equipment.

The film itself seems sometimes an analogy of an archive. Editing itself becomes an analogy to the work of geologists, archaeologists or anthropologists who just began to catalogue their finds.
Ironically a film from a country which was nearly neglected by the Berlin Film festival in the last years, offers this year one of the wisest film essays about the endangerment of the film heritage in general.
In one chapter of this film, we see film students striking against the privatisation of this institute. This is quite an important hint to the endless fight between cinema as a part of our culture and their knowledge against the exploitation of the industry supported by the worldwide virus called Neoliberalism where privatisation does not mean anything else than destruction.

Prabhat Pheri, the first long film by Jessica Sadana and Samarth Dixit is a fascinating piece of documentary essay, wise, inspiring and sometimes even poetic, a kind of film essay which reminds me in Chou Davy´s Le Sommeil D´Or and Patricio Guzman´s masterpiece Nostalgia De La Luz at the same time. Martin Scorsese, who himself is devoted to the preservationof  the worldwide heritage of Cinema (whom I would like to recommend this film), said once that films often look into  the past. Like the astronomers in Guzman´s Nostalgia De La Luz, these young filmmakers are exploring the past of Indian Cinema with all its partly forgotten knowledge. This knowledge will be important to learn for the future of cinema. Last but not least, this film deals as well with a very urgent aspect, the specific and rich Indian film heritage which is one of the most endangered in world cinema. If for cinephiles or film historians, Prabhat pheri has a lot to offer.

Posted by shomingeki at 11:17 AM No comments: