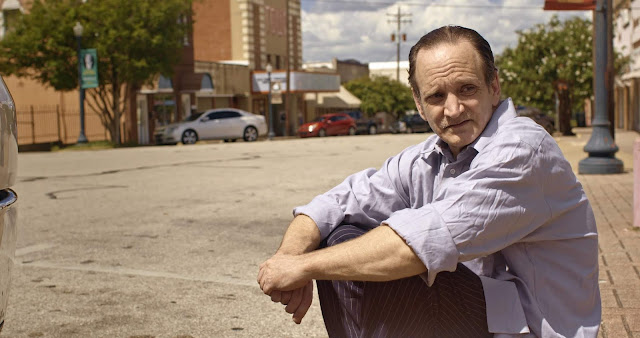 Posted by shomingeki at 9:32 AM No comments: 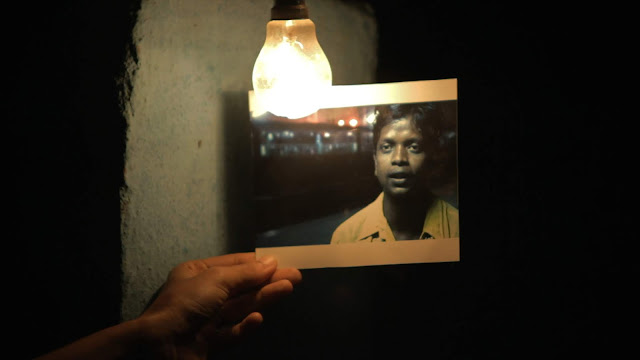 Someone is passing a photograph of a missed person to passers by. They are asked if they know this person or if they have seen him.
Who is missing this man, his wife, his children or the filmmaker?
The story of the film remains a hidden one, hidden between places and landscapes. The film has two opposed movements which both are representing cinematic poetry in its own right.The first one is that the film seems to dissolve itself in single moments or details: a child is playing, a young woman (probably the wife of the missed man), the shacks or small lanes of a village, a river landscape or a mighty thunderstorm. The other movement is the search for this missed man which begins with a search for the traces he left or could have left. That increases our attention for each detail which could be a trace and we do not perceive these single moments and details as accidental as we did before. Later they appear as tiny and fleeting traces of a disappeared life.

An old abandoned building, almost cleaned by any sign of the identities who dwelt here. Sometimes the concrete things, buildings, landscapes, people or things observed with a nearly ethnographic view disappear into abstract forms, a slightly surrealistic touch, like the film material´s chemistry is already in the process of decay. Only light and colours are visible. The headlamp of a jeep creates two strong cones of light which outshine anything else in this anyway dark images. Sometimes it is just fog which swallows the concrete shapes of people.
The woman (who is probably waiting for her husband to return) is visible behind a window. The glass is dirty and smeared and her concrete shape is slightly distorted. If the image is darkened by a thunderstorm, the image is almost monochrome. There is a moment when two lanterns seem to be the only sources of light in an impenetrable darkness. The light has a tendency to disappear in this film and with it all visible things like a fading memory.
Who is this missing man, a father, husband or a man far away from home lost on his way to find work?
Gumnaam Din celebrates the art of imagination. Its single images are traces itself. And the traces are sometimes small and appear as signs of the fleetingness of a human identity. A family photo which shows a time when the family was united and it seems as precious as it it is the only existing proof.
Ekta Mittal´s poetic film essay is not only a little gem but as well a questioning of habits of seeing, but as well the implicitness of our culture which is permanently flooded by images. Cinema as a visual art is more, an artificial memory which is almost as delicate as the human one, depending on a living body.
After this 28 minutes of Gumnaam Din, I am asking myself if the film I just saw is still the same which is saved in my memory, enriched by aspects the film did not show but has evoked in me. Like all good films, Gumnaam Din is as well a lesson of seeing. It is not only quite a luck to see such a film which will be hard to find as soon as the Berlin Film festival is over. I think if a film festival has any meaning to day than it needs these visual meditations about cinema more than ever.


Posted by shomingeki at 8:13 AM No comments: