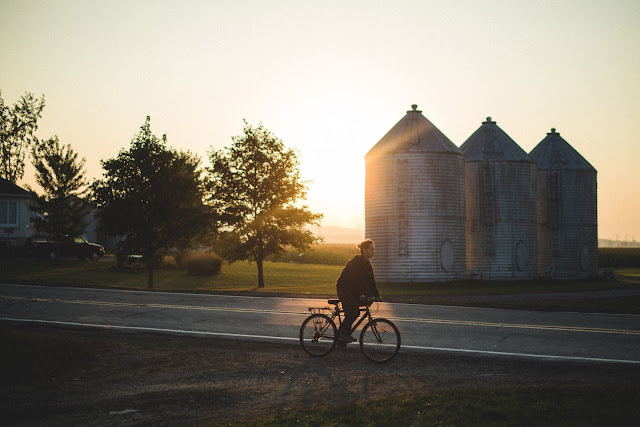 The film takes place in a rural region of Quebec near a Native American reservation. At first it seems to be about an ordinary family among many others. The film is structured in single every day moments, family dinner, school, games and walks through the forest nearby. To reach the school it takes a long drive by bus. Ordinary moments happen at the first sight very incidental but soon they evolve from that through some repetitions to a compelling rhythm. The drama behind the ordinary, the unique behind the common unfolds at first subtly but with rising intensity. Sometimes the glory and beauty of cinema does not seem only the result of the intentions of the filmmakers but as well their curiosity and their discoveries of this piece of the world they want to tell about.There is a family in this small settlement, the father is rarely seen, the mother is a professional dancer. They have two very different daughters, Mylia, the adolescent shy and very introverted one and Camille, a small and very lively kid. At first the film seems to be built of situations of every day life. Later in school when Mylia´s teacher gives lessons about the history of the conquering of America, her class mate Jim, a Native feels insulted and it is one of the small cracks in this seemingly prosy life. How the film varies and sometimes repeat these every day situations forms soon a strange poetry. Banal moments become significant, prose turns into poetry.

Mylia is an outsider, a shy loner. Not yet outgrown of her childhood she has already lost this special imagination, this sense for magic her little sister still has. Camille still talks to animals, her whole environment is a magic place while for Mylia the world consists of a lot of questions and doubts.
The drama in this film seems never forced. It rises up directly from this episodic structure. At the end the parents will get divorced. The children has to move again and it is especially hard for Mylia who just recently changed school already once. At the end a letter from her to the young Native Jim is recited, a hint to the beginning of a love story. How this “love story” will develop we do not know but just the hint to an option leaves us with hope. It is not a Happy End but an end with a promising option.

The art of making films with and about children and adolescents is a matter of perception. Mylia is very shy and her attempt to find her way in life is faltering and very careful. The camera in Une Colonie does not just reveal images of this very cautious and lonely girl, it literally adapts her careful faltering and her shyness. It is not a film about a shy girl but in total accordance with this girl and her glimpses of the world around her.
Later as the film proceeds and the more it moves towards its end we get an idea that this incidental and seemingly accidental episodic structure manifests itself as a very special aesthetic attitude.
Dulude-De Celles strictly refuses to be smarter as her protagonists accomplishes a breathtaking closeness to them. After all the cinematic point of view in Une Colonie is not illustrating but discovering the human and geographical landscape in this very region of Quebec.

At the end when the film already begins to become a memory when the credits are accompanied by a sad folk blues song I feel the whole enrichment of this cinematic experience. Une Colonie is exactly in its refusal of forcing the drama and especially in it´s restraint a very moving, a very emotional film experience.
I still have the sound of the incredible beautiful French-Canadian accent in my ears. The glimpses, these seemingly prosaic moments varied every day moments are concentrated in my memory to a long and beautiful song. In another kind like this wonderful Bulbul can sing by Rima Das, Une Colonie by Geneviève Dulude De Celles is another example of a film which celebrates the glory and the endless diversity of cinema.