Notes on my delayed discovery of Le Chat dans le Sac (The Cat in the Bag) by Gilles Groulx, Canada: 1964 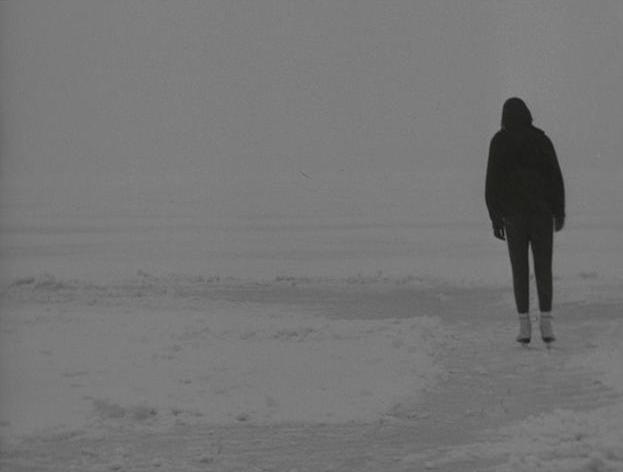 When I have travelled several to Quebec between 1991 and 2003, I came soon in touch with the “Cinéma Quebecois”. While talking with some filmmaker and cinephiles, one name was most often mentioned: Gilles Groulx (1931-1994). He is for the cinema of Quebec what Ritwik Ghatak was for India, a filmmaker with a nearly legendary reputation.l.
Just alone as a document of a chapter of French-Canadian history (which is hardly known in Europe), Le Chat dans le Sac would be an exciting discovery. But the film offers much more. The turmoils in the 1960s and the “Révolution tranquille passed nearly unnoticed the news medias in Europe.

It was more than 20 years ago when I met my late friend Claude Forget (1949-2008) who was at that time the director of  independence distribution collective Cinéma Libre. He introduced me to a documentary film by the young filmmaker Richard Brouillette called Trop c´est assez (Enough is Enough) which is a portrait of Gilles Groulx. The film witnessed as well the last years of Gilles Groulx, who stopped making films after a heavy car accident. Just recently I watched some short, – and feature films on a french DVD, unfortunately without subtitles.  Among them was his famous Le Chat dans le Sac one of the few films by him which are at least available with English subs on the streaming site of the National Film board.
The film is in Black and White which emphasizes both aspects of this film: the the prosaic documentary-like aspect but also the poetic engrossed one.
A young couple around 20 is introduced: Claude and Barbara (The characters have the same forenames like the actors) – or better – they introduce themselves. Claude, a French-Canadian wants to be a journalist, Barbara, Jewish girl just has begun her work as a stage actress. The film´s narrative unfolds itself rather from a given situation (the young couple is already in the process of alienation from each other) than from a plot. The line between the film´s fiction and the real things the film reveals is very thin and sometimes it even seems to disappear. Even without subtitles the dialogues give a slight idea of the complexity and confusion of this time these young people were exposed to. Most of the property in Quebec was owned by Anglo-Canadians and the average wages of Quebecer were far under the average in Canada. The images of Montréal remind me rather in my home region (the once working class dominated Ruhrgebiet) and far from my image of an northamerican city.  But the film does not only capture a very concrete piece of history from a datable time, it gives also an idea of the interdependency between history, the people who are formed by history and who possibly will again influence history.

The dialogues appear in different forms: conversations, monologues, voice over, recited letters or news articles. The biggest part of the film music are pieces by the great American saxophonist and key figure in the development of modern free jazz, John Coltrane. There was an expression especially among Afro-American jazz saxophonists that they do not play the saxophone but are talking through it. Even though the dialogues between Barbara and Claude never appear to be staged, the dialogues between the young couple especially their quarrels combined with Coltrane´s music seem paradoxically like composed music itself. The combination of music and dialogues leaves to me an impression of a simultaneous presence of both, the feelings which are verbalized and the ones which remain unspoken and from that we can only have a slight idea.

It is indeed a “Coming of Age”-film but not in the very simplified one sentence synopsis on the NFB site which suggests the film as a “Coming of Age” “of a young man which symbolizes the political “Coming of Ages” of the people of Quebec.
The synopsis ignores the wonderful presence of Barbara Ulrich´s Jewish character who is a representative from another minority which face uprooting pursuit and genocide since millenniums. During the couple´s quarrels Claude often blames Barbara that she is unable to understand him because she is English and Barbara answers once very sharp that she is Jewish and not English. (1)

Gilles Groulx deals here with two very different persons in a very complex and disturbing part of history.We have to deal with two persons from different backgrounds who try to define their place in the world. Each of their dialogues are not a statement but in their combination they raise the central questions of this film.

Once Claude blames Barbara that she wastes a lot of time in front of the mirror when she makes herself up and she answers that she can think in peace while she is doing her Make-Up. The film is finally a simultaneous “Coming of Age” of a girl and a boy from different backgrounds but as well with different views to the world. The relationship is going to fail, both have to try new ways. It is the initial point of the film´s intensity.

Gilles Groulx as well tried different cinematic methods to articulate his questions. There are the Direct-Cinema -elements evident in the scenes in the street of Montreal. It captures the period the film is made through architecture, the kind of cars or buses we see in the street or the Television sets sold in the shops. An urbane landscape of a concrete datable time. Discussions between Claude and some editors gives us an idea about the political controversy of the 1960s in Quebec. It does not mind how much or how less you know about the history of Quebec, but the strong presence of history is always present.

There is a certain playfulnes in the montage of this film. There are even some jump cuts, small signs of a playfulness in a film which is partly dominated by Direct cinema style. But there are also moments which I would call poetic but in the sense how Renoir called his documentary scenes filmed in India and included later in the fiction of his film The River. It means a poetry which seem to unfold itself from the people, places and things it reveals. If I recapitulate the shots of the protagonists faces I have to think what Dreyer said about the human face as a landscape. Beside the urban and rural landscape the film presents, there are also the landscapes of human faces.

Claude´s “Walkabout” away from the city into the countryside of Quebec is another try to define his place in the world. There will be one of the finest landscape images I ever saw in a film from Quebec. From the window Claude watches an unknown girl skating on a frozen pond (“a Manon I don´t know who”) How he looks at her another person who nearly remains anonymous evoked in me a strange melancholy. I know this scene, have seen it as an excerpt 20 years ago in Brouillette´s film on Groulx. Even though at that time I saw this moment out of the film´s context, the same feeling and mood came back. The girl is dressed in thick winter clothes, her individuality is hardly recognizable, just a human being exposed to the natural force of an hard winter in Quebec.

A different but equally intense moment happens close to the end. It is a good example how close Groulx was not only to this very point in the history of Quebec in the 1960s. He stayed also very close to the vulnerability of young people exposed to a certain troubling period in history and their try to find their way in a tentative search. We see Barbara in front of the mirror making herself up. It is a close-up of her face, the most Dreyer-like moment of the film. From time to time she sips at a glass of wine. And she performs a monologue, reflecting about her failed relationship to Claude and about her life how it has changed and how it probably should be continued. Even if we understand word by word what she says, there is almost the uncanny idea that we almost “see” her thinking.

The kind Groulx looks at Claude who watches the skating lonely girl, the girl herself and finally Barbara in an intimate every day action reveals a point of view which is not only as close as possible to the vulnerability of it´s protagonists but it appears to me as vulnerable itself. Beside all the different aspects of this film, it is finally probably as well a very personal film, caméra stylo Quebecois.

Often I see old films with curiosity but sometimes as well to complete this Must Watch-lists for the sake of completeness. But some of these films surprise and overwhelm me with their striking vitality. They resist against a category in film history I wanted to put them in my laziness. This feeling is hard to describe. It is like a strong echo of a distant time and the impact it had on real living people. And I haven´t even mentioned the influence such films had and still have on present or future film maker. Le chat dans le Sac is one of these films which gave me for a certain time the strange feeling of a time travel.


(1)  Beside the brief mention of Barbara´s Jewish identity there other hints to different groups dealing with a definition of their identity. John Coltrane, for example, played like other Afro-American musicians like Albert Ayler, Archie Shepp or Ornette Coleman a key role in the identity of Afro-American culture in the 1960s.Barbara is not only a representative of another discriminated minority. Her decision to define her own identity as something different than following her boyfriend seems to me like a hint to the raising women´s movement in the 1960s as well. As important the French-Canadian context is, this French-Canadian search for identity seems to me put in a more global historic context. 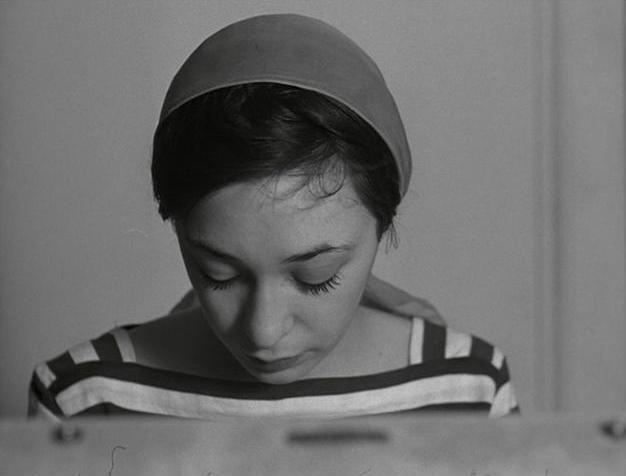 Posted by shomingeki at 12:56 PM No comments: