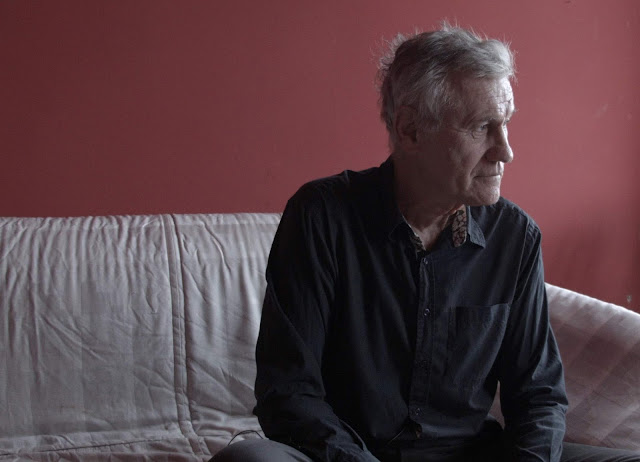 
At the beginning and near the end we see prints of films by Rudolf Thome lying in piles of rusted canisters, moments which are not only just sad but depressing. Film prints in rusted canisters – two films I saw in recent years at the Forum come to my mind, the wilful destruction of the nearly complete film heritage of Cambodia by the Red Khmer in Davy Chou´s Le Sommeil d´Or (Golden Slumber, 2012) and prints of Indian films in a former film studio near Bombay ( now part of the Puna Film institute) in Prabhat Pheri (The Journey with Prabhat, 2014 ( by the film students Jessica Sadana and Sammarth Dixit. In this film, an important part of German film history decays literally almost  in front of my door.

The world premiere of Rudolf Thome – Überall Blumen, yesterday at the Delphi film theatre was quite memorable. There was laughter everywhere and it evoked in me a likely memorable screening of Truffaut´s Les Qautre-Cent Coups in 2014 at the Cinematheque in Paris. In Paris like yesterday in Berlin, the ages of the audience variesd between those who could have been companions of Thome´s or Truffaut´s early films, people in my age who discovered Thome in the 1980s, and very young  people who could be my children or Thome´s grandchildren. When I discovered one of my favorite films by Thome, Berlin Chamissoplatz, the filmmaker Serpil Turhan was still a baby.

Rudolf Thome – Überall Blumen is a bit like Ozu´s Bakushu, a seemingly bright and often funny film. The melancholy is subliminal. When the film becomes a memory the slight feeling for this melancholy one had during the screening becomes stronger.
The film is entirely shot at Thome´s converted farm in Brandenburg and one of the miracles of this film is the perceptible relationship between the portrait of Rudolf Thome and the environment. This never looks constructed but it is filmed with a somnambulistic lightness.

Serpil Turhan was involved in Rudolf Thomes work as a main actress in his “time travel-trilogy” which includes one of his masterpieces Rot und Blau (Red And Blue, 2003) and later as an assistant. But in this film, Turhan focuses mostly on every day rituals. Conversations about the different kinds of brushing the teeth in some of his films, Thome appears as a gardener, a lover of birds or as a father etc. Once we see him writing the screenplay for his 29.th film Writing a script, we know from his Moana-Blog (Link),  is for Thome a public affair which you can follow life in the nternet – from the handwritten notes until the finished script.This creative process is embedded in a nother every day ritual.

There is a balance between long interviews and a kind of still life shots of the natural environments of this converted farm and the landscape of the village, a balance between long conversations and moments of silence. The pond of his garden is cleaned and we see croaking frogs. The excitement of Thome when he has filmed red starts, the daily work on his blog but than as well conversations about the obligatory self staging of Thome, the director who is now filmed by one of his actresses. The order in this film is not based on Thome´s filmography and there is no real volitional hierarchy between the so-called banal and significant moments of his life like it is presented in the film´s  interviews.
Between Thome´s pleasure in gardening, bird watching, bicycling  and every day rituals – there are moments of losses: the coincidental birth of his youngest son and the death of the wonderful cinematographer Martin Schäfer, the abandoning of his 29.th. Film. Later they are talking about the death of another son of Thome but also about the late Marquard Bohm, one of Thome´s favorite actors.

There is a barn where Thome collected several clapperboards from different films he made. The titles are still written on it. In another moment, Thome tells that he has still stored the costumes once designed for Hannelore Elsner who played in several of his films in the 2000s. He is frustrated that no archive is interested in these costumes. In these moments, Rudolf Thome – Überall Blumen has a bit of an elegy on a great filmmaker which is abandoned by film historians.
I can´t get these images of the film prints in rusted canisters out of my head, they present for me the drastic endangerment of what we call the film heritage. These are the drops of bitterness in this beautiful affectionate and strangely moving film portrait.

Among the films made by one filmmaker about another one, Rudolf Thome – Überall Blumen by Serpil Turhan belongs to me with  films like Kohi Jikou (Café Lumiere, 2004) Hou Hsiao Hsien´s homage to Yasujiro Ozu, or Ekti Nadir Naam (The Name Of a River), Anup Singh´s homage to Ritwik Ghatak to the most beautiful films in recent years dedicated from one filmmaker to another. 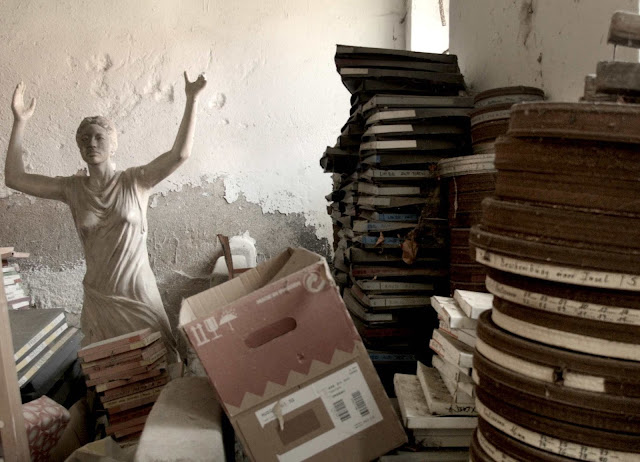