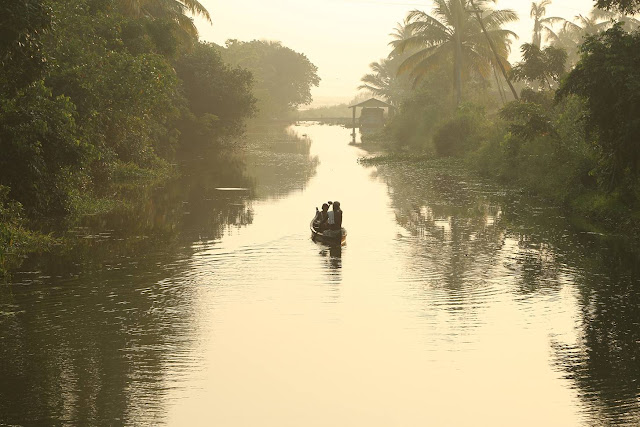 I am often puzzled why the Berlin Film festival became over the last two decades a nearly india-phobic festival. Among the few films from India screened at the Berlinale in the last 20 years, there were some wonderful films, strong enough to question this what I called India-phobic tendency of the Berlin Film festival: Vanaja by Rajnesh Domalpalli, (Genaration 2007), Pushpendra Singh´s Lajwanti (Forum 2014 ) or this almost umknown masterpiece Vahir by Umesh Vinayak Kulkarni (Generation 2010)or the provocative Gandu by Qaushiq Mukherjee (Panorama 2011)etc. In its diversity, India is probably the most interesting film country today but since film festivals are more following trends than they used to do 20 years ago, India is not in fashion at all, especially among big A-festivals.

Ottaal is an Indian adaption of a story by famous Russian writer Anton Chekov called Wanka. The story is totally transformed into Indian environments. First of all from the first minutes there is a strange fatalism. The fate of an 8 years old boy who is an orphan and who has only his grandfather is already sealed. At the beginning we see this boy crowded in with other children abused for child labor writing a letter to his grandfather.
The flashback which takes the biggest part of this film framed by a sad opening and conclusion takes place in a seemingly idyllic landscape. The grandfather who takes care of this little orphan breeds duck swarms. In the evenings they tell each other stories. At the beginning the life despite the loss of the parents seems to be light, Ducks swimming on a river and there are a lot of cute ducklings to play with. But very soon this idyll is revealed as very trappy and here the English title The Trap has a very special meaning.. The poor boy can´t afford to go to school which means in countries like India a very harsh handicap. And very soon even the cute ducklings leave a bitter after taste, because they are brood for a special purpose, eggs and finally food. A dubious truck driver always remind the old man that his grandson is better served as a working child in a factory. Even though illegal, there are people who pay a lot for children on the black market to press them for work into dubious factories. Later when the grandfather gets sick he finally accept that the child is going to a factory “where he can learn”. The film leaves it ambivalent if the grandfather is really ignorant about the consequences of child labor or if he just does not want to know about it.

As the films seems at the beginning a bit didactic there is a more abstract level when the part of the film when the boy is “still free” This part of the film seems to try to free itself from the merciless fatalism the opening already established. When the child plays with a dog or with ducklings, there are moments in this film which Wim Wenders would call “just to film without the need to proof anything”. Almost contemplative we dive into this strange landscape where stories are waiting to be told on every corner. The irrational hope for a better ending for the boy and probably for the emotional participating spectator encounters at the beginning the subtle borders, the impossibility of school for the poorest, the old age of the grandfather. And sooner or later one realizes the film as a memory of a child of a world which has gone. At the end he dreams of a letter he sent to his Grandfather, a letter which probably never will be written. The children are kept like working slaves and finally what the film already suggested in its opening, there is no way out. Cinema can evoke strange things. This reality of child labor seems geographically very far from us in the West, but it was once reality in Europe and its dark past – and still at that time when Chekov wrote this story.What prevents me from categorizing this film as simply didactic is the dynamic between a very playful and partly opulent story telling and a very beautiful cinema scope photography and the purpose of the film to point to child labor. As the film takes place most of the time in these memories of a child whose life is destroyed and even if these memories often reveal a very delusive idyll - they are the only things which will remain of this young human life. Interestingly it remembers me a bit in Dalton Trumbo´s Johnny Got His Gun especially in its extreme contrast between memories, traces of lost happiness and the harsh reality.

Posted by shomingeki at 2:40 PM