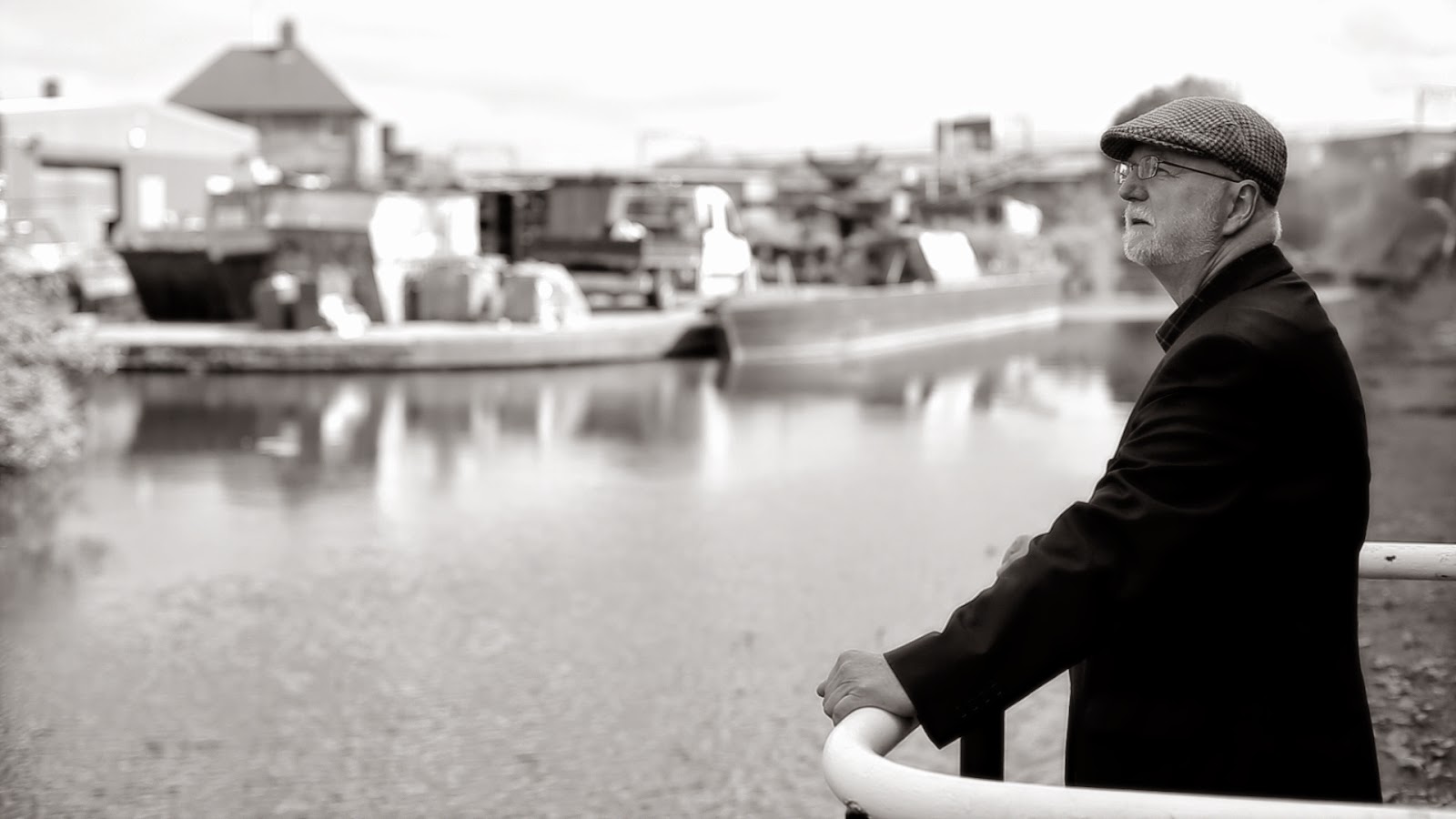 Cinema reveals often different kind of landscapes. One is the geographical landscape and often a very concrete region like in this film an abandoned industry region called “Black Country in the English Midlands.. Just the first images reminded me in the region I was born and lived a big part of my life, the German industry region “Ruhrgebiet” with its rivers and artificial waterways.
The other kind of landscape is the human one, the stories of human lives who lived in these regions.
The film is composed with five interviews by people from the “Black Country” telling us their love stories. These interviews are interwoven with images of this very specific location with its waterways, bridges and abandoned industry buildings.
The fact the film is shot in black and white reminds me not only in the great films by German documentary filmmaker Peter Nestler but also in one of the first great films ever made on the working class, Ozus Hitori Musuko (The Only Son, 1936). And strangely if I compare the “Black Country” with the region I come from, I realized that the Ruhrgebiet itself exists in my memory mostly in Black and White.

Five stories from five individuals are told in this film. These are fragments or even rather miniatures of human lives. As love stories are mostly the most intense periods of human lives, these moments shine through this landscape. This region actually installed for exploitation of human labour (like the region I come from) appears now as an almost  dreamlike engrossed landscape.

The Black Country is like “my” Ruhrgebiet a region where people despite industrial exploitation created a unique community. The lowest class developed a kind of identity, their kind of resistance against the exploitation of their labour. Once this region lacks profit in the one dimensional world outlook of the industry and their political executors, it was sold out and abandoned without the least consideration of the people who worked and lived here.

The film has rather the form of a song in 5 verses. The refrain is always the water, the plants, the bridges and the buildings we see. The brief flash ups of 5 different intense pieces of 5 different human lives seem literally to originate from this landscape. For a moment we witness short and uncanny moments of individual lives. When the interviews are finished, the person sometimes go into the landscape and their individuality seems to disappear again.

In Allen Fong´s almost forgotten masterpiece of the New Wave of Hong Kong Cinema, Banbian Ren (Ah Ying) someone says: In”In 100 years nobody will know how we have lived." The people, things and landscapes presented in this film are already in the process to be neglected. In this sense Luv´ In The Black Country represents a cinema of memory. In just 15 minutes it reveals the glory of cinematic poetry. The black and white pictures stuck with me like the images from a film by Ozu or Ford.

Like I mentioned - an industry region like the Black Country is an artificial landscape. Even more than the Ruhrgebiet, even the waterways in the Black Country are purely artificial, but the people who lived here are real. Cinema, a product of the industrialization itself is an artificial device to record things, people and landscapes, creating a kind of artificial memory. But the feeling I have after having seen this film is that I have had short and deep insights in these human existences which are revealed in this short film. Five stories, five memories which are now saved in my own memory with the help of this wonderful device called cinema.

The film is a very rare example of history from below about people who will never be recorded in history books. And for that, this little masterpiece does not need any clever commentary or ideological conduct. There is just the attention and affection of the filmmaker who uses the precise apparatus of film making. Which reveals a part of the world which will soon be forgotten. And sometimes 15 minutes are enough to get a glimpse of the glory of cinema.


I highly recommend a look on the website BlackCountry Cinema from a group of young filmmakers including Mathew E. Carter.

Posted by shomingeki at 3:23 PM