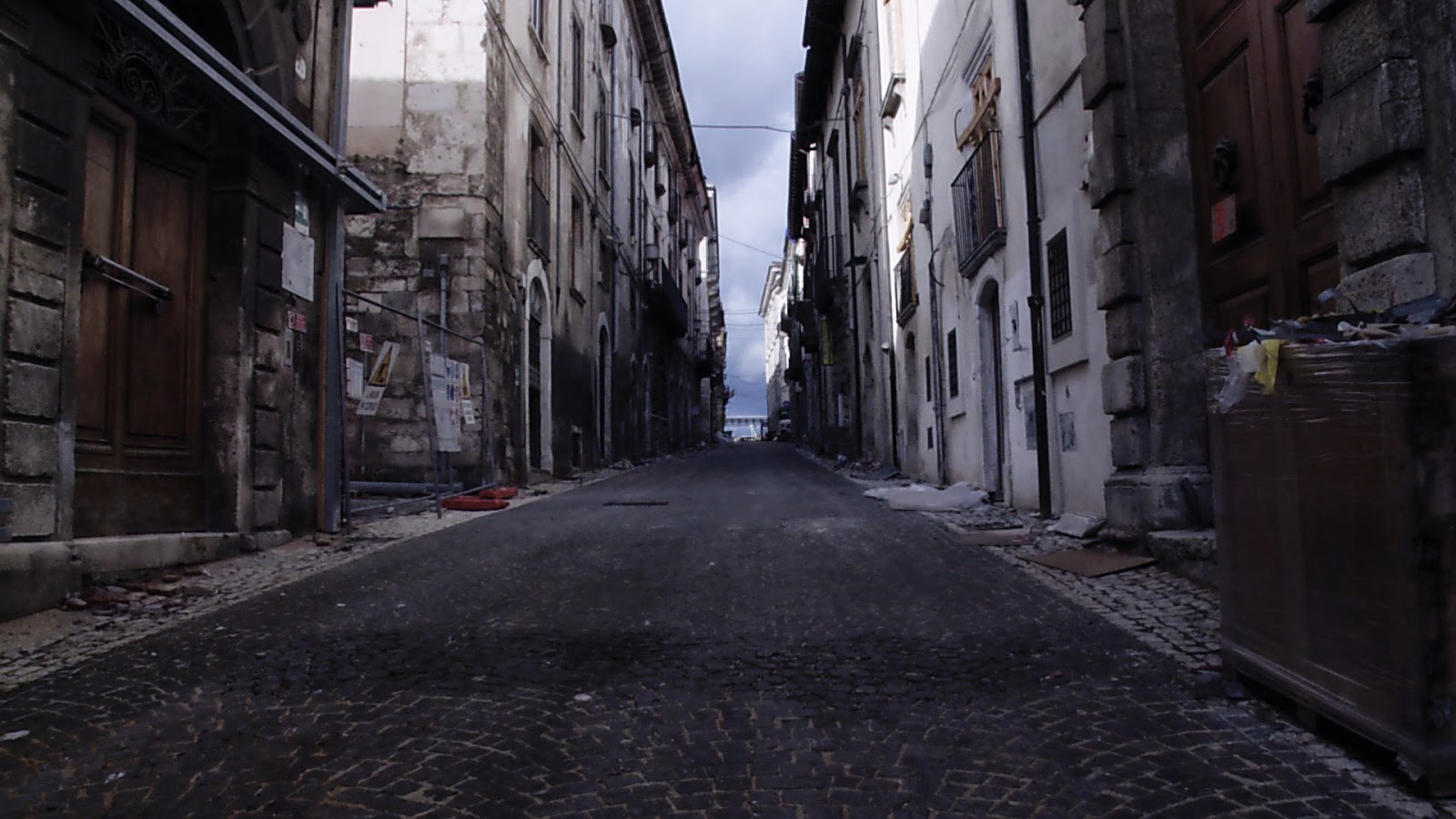 
When I saw this film, one of my first thoughts which came into my mind was a memory in a series of dreams I had long time ago after the impact my favorite film by Yasujiro Ozu, Bakushu had on me. These were dreams about buildings and rooms where I felt safe with strange connections between private rooms and public rooms where I was connected with people. Another thought was a memory when I wrote about Ozu´s last film Samma no aji and my desparate try to find an order in my chaotic admiration for this film. I made a simple list of all the rooms; living rooms, bars, restaurants or offices where the film takes place. That revealed for me that except his famous establishing shots and very few open air scenes, almost each scene of the film could be identified with a certain room, some of his rooms/scenes appeared like Leitmotivs and most of the rooms were connected with a certain emotion of the characters. I think it was the first time I felt that films can be built like imagined buildings. Even though I can´t say I am an expert for architecture, I felt comfortable with talking about an “architecture of a film”.

The Wounded Brick is on the surface a documentary on architecture and urban planning. Several interviews with architects and a social scientist from Berlin appear but also interviews with Italians who lost their home during the earthquake in 2009. Now they live in provisional domiciles. Some of them return to their damaged homes in an old Italian town. It is clear that they do not just miss their property but a whole social life which was connected with these houses. More and more the film turns into a kaleidoscope of interesting thoughts and ideas how architecture can be used for the life quality of the people and fragments of stories from people who have lived in their own houses. How especially the victims are telling about their now destroyed or at least heavily damaged homes, these rooms become rooms of life time, connected with memories. If Proust defines human memories as “beings of time”, the film by Sue-Alice Okukubo and Eduard Zorzenoni define them as “rooms of time”.

The interviews with the architects and the German social scientist are filmed in static shots. At the second viewing of this film I discovered a subtle but strange relationship between these people and the rooms they are living in, if private rooms or their offices. One of them, an old Austrian architect sits on a very huge couch and he talks mostly on projects he once worked on. Another architects appears in his living room which is flooded by light through big windows. He is framed between two mighty statues. As the Austrian architect seems a bit lost on his big couch, even fragile, this other man seems bold in this room he probably designed himself. The German social scientist who tells about the history of urban planning in the parts of former separated Berlin is framed by book shelves, a lot of paper work and even a printer is visible. He who himself is a living archive of the social history of urban planning is in a strange harmony with the room and the things which surround him. One Italian architect appears on the street. All of them are full of knowledge but also of ideas and visions how to make architecture more human and not only in the interests of politic and capitalism.
There is an Italian architect and activist. His office is small, his desk almost tiny. He seems to be pushed aside in this narrow room and this room is almost a contrast to his ideas and visions to make architecture for the people and his plea for the right of the people to create their own living space.

Between all these interviews, there are interwoven images of landscapes, parts of nature sometimes with slight traces of human existence. If I remember correct there was as well an image where nature almost recaptured a ruin. Another moment shows rocks. With a little bit of imagination we can recognize a cave, the archaic form of human dwellings.

A hint to the beauty of this film can be found in an interview with an architect from Frankfurt who always pleas for creating a living space for people more playful instead of reducing architecture only on the functional aspect. As the film reveals the problems of architecture to remain independent from the interests of a capitalistic order or certain politicians there is a lot we immediately recognize, especially if you live in a European metropolis. But the film always opens a space for alternatives even if they exist often only in dreams, visions ideas or projects rejected by the political and economic powers. As the worldwide tendency in urban planning is more or less a destruction of social lives for the interest of money and politic, the film makes a sharp difference between natural disasters and economical and political intended destruction.

I remember a scene which has the quality of a heavy melancholic dream. A man enters an old Italian town which was heavily damaged by the earthquake. It is locked and it seems to be a forbidden place now. We see a lot of scaffolds backing the old and damaged buildings. The man is alone on the way home to his damaged house. This could be an opening for a post-apocalyptic fiction film. It is also one of the many fragments of human stories the film offers. The man is mourning about the loss of his home but he shows as well a strong and defiant will to recover this loss. This is not only a great visual moment but also another hint for the spirit of this film.

Every film seems to be constructed like a building and to use another time my analogy between Ozu and The Wounded Brick, this film also looks on the surface like a very rigorous construction but as it proceeds it is filled with human emotions. A film is like the rooms we live in, it is not for consumption but for living in. How the rooms we call our home is filled with memories, encounter , our whole social and individual life, The Wounded Brick offers a lot of fragments of stories and emotions.
If one is affected by how urban planning is realized today, one will recognize a lot of these problems in this film. But even in a formal cinematic way The Wounded Brick by Sue-Alice Okukubo and Eduard Zorzenoni is an exellent example that cinema is more than revealing the mostly dark sides of the world we live in but also offering an attitude to this world.
The Wounded Brick is a film you can literally indwell.

The film is not only independently produced but also distributed. It will be screened in the next weeks and months in some film theatres in Germany or Austria. For more information please follow this Link. 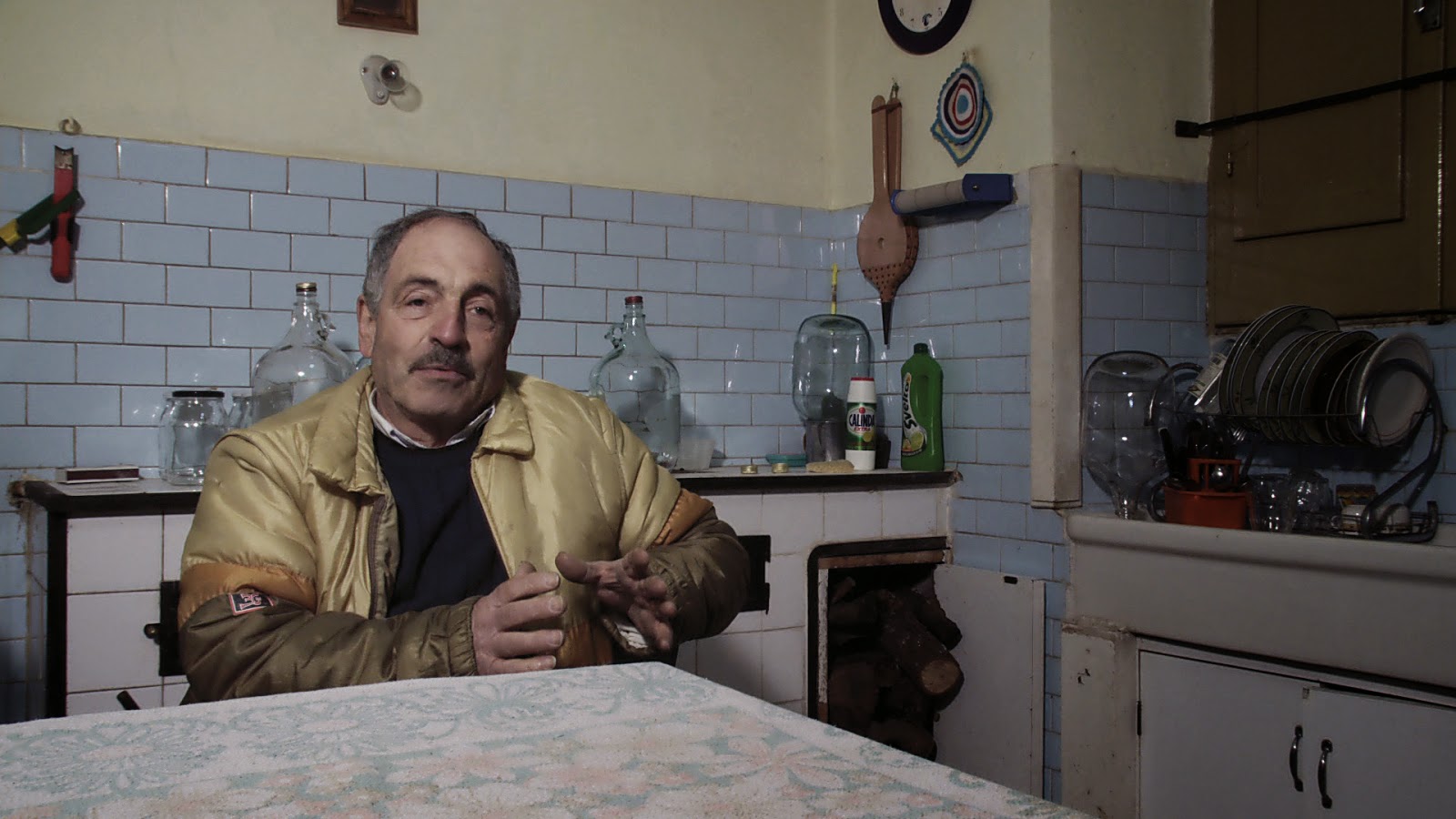 Posted by shomingeki at 3:11 PM