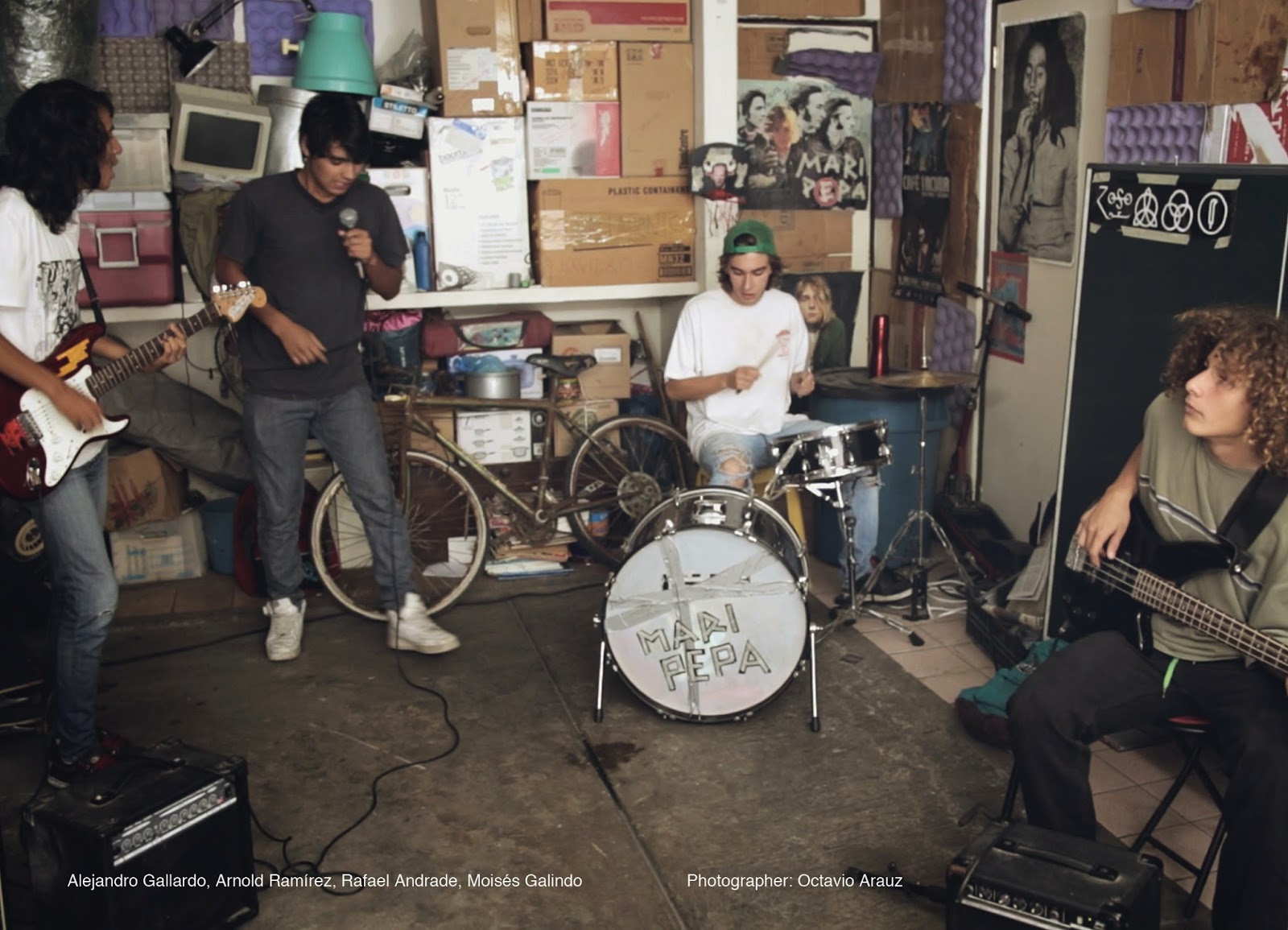 The film itself is like a song with always repeated verses and an always repeated refrain.
There is a group of adolescents who founded a punk band but never made it further than one song. The film begins like a comedy. Hidden in this songlike repeated themes and while the film proceeds, we learn details of each boy´s social life. The guitarist for example  lives with his grandmother, an old woman who is often confused and who does not talk a single work. His father has remarried but the boy has almost no contact with him. The drummer´s father is unemployed and a drinker, a demoralized and very phlegmatic man. In its best moments Somos Mari Pepa reminds me in Hou Hsiao Hsien´ s wonderful Feng-kuei lai te jen (The Boys from Feng-Kuei) , especially in its sensibility in the observation of adolescents. The film is often very funny, but its humor is very tricky, because this kids are on the swell to an adult life with very limited perspectives. It is time to decide to higher educations or how to find a job.
During a soccer play among kids from the neighbour hood they encounter an old homeless guy who tells them about his failed career as a football player. He is almost a pendant to the young drummer´s father. Behind the facade of easygoing actions, the seriousness of life is lurking behind every corner of this quarter. Finally the grandmother of the young guitarist has a breakdown and will committed to a home for the aged. As the film works with an episodic structure with often repeated themes, near the end the film gets a bitter taste.

The aesthetic of this film is versatile. There are moments which are based on video clips,  but then moments of subtle observations of a monotonous every day life. But the closer the film comes to its end, the seeming lightness disappears. What stays with me are are images like the father drinking beer in his car.  one single image which tells a lot about the world revealed in this film. A man who has already given up. There is a strange dynamic between the noisy easygoing youngsters and the resigned silence of the adults. Despite its humour, despite this funny and very smutty text of the boys punk song, Leopo´s film has its moments of an Ozu-like accuracy in the observation of his characters deeply rooted in this this piece of world the film is telling about. Like I mentioned, it is one of these tricky films which seem so light but which are full of moments, sometimes single images, impressions which stay in my mind.