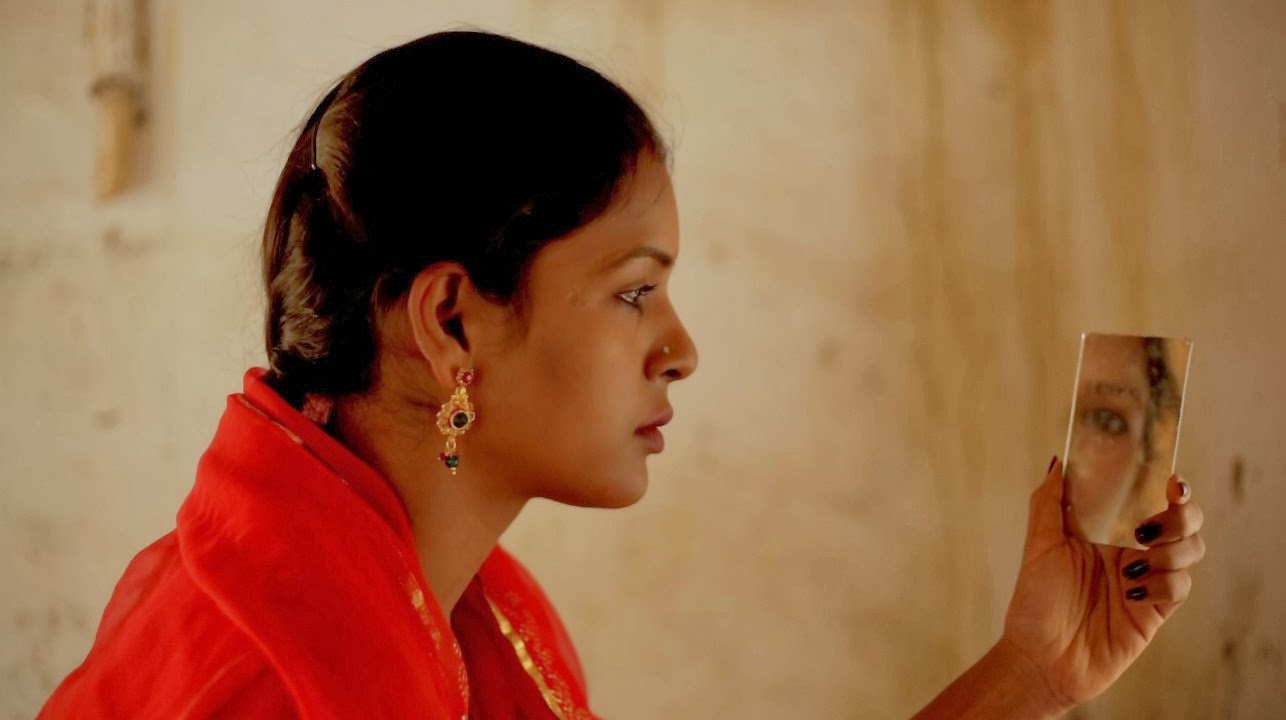 The desert of Rajasthan: when the women have to fetch water, they are obliged to walk many miles to the well. During the Q & A at the world premiere of Lajwanti, Pushpendra Singh defined the well not only as the source of the water this indispensable element of life but also as a source of stories. The well is the source of material and cultural life at the same time.
Cinema is sometimes the art of storytelling in images and sounds, but sometimes it goes far back in time to the origins of story telling.

The story of this film does not seem to be told, it does rather seem to happen during the endless way, women have to go to the well and back to their village. The sparingness of this landscape is in a strong contrast to the beauty of the women´s dresses. Sometimes they sing, sometimes they are exchanging stories. The way to the well exposed to the merciless burning sun, the effort to survive and the beauty of stories, dresses and songs belong together.

Sometimes it happens that you see a film from a part of the world which seems so alien to us, so engrossed from our usual life but at the same time you feel invited to share this life for the limited time of the length of a film. That does not mean you understand everything but a film can sometimes gives us an idea about this life strange to us.

The story of this strange man who collects pigeons, a love story between this man and a woman seems to be grown directly from this landscape. It seems to grow on this endless way to the well and back to the village. The camera itself seems to be a collector of this story – or in other terms the pendant to the pitchers the women wear on their head.
The water is for the physical surviving of the people, the stories, the beauty of their dresses, their stories and their songs is for the surviving of their souls.

A film is always a limited frame of the world. But sometimes like in Lajwanti there is the idea of an endless over dimensional big screen where I do not now where nature ends and the culture of cinematic image making begins.

Every film is made, every frame is chosen. But though, there are films which seem to arise just in front of our eyes.
One can lose oneself in this endless desert landscape. The songs, the stories and the well are like an idea of home like a safe orientation in this infinite desert.

When we remember the history of the making of Jean Renoir´s masterpiece The River, we have to remember that Jean Renoir came back to Los Angeles with insufficient material. Renoir re- created the whole film during editing with a lot of documentary shots he made against the will of his producer and against the will of Rumer Godden, the author of the book the film is adapted from. As Renoir opened the fiction more and more to real landscapes and impressions he had recorded in India, the film became despite the disastrous working conditions one of his most beautiful films.
I am pretty sure, Jean Renoir would have loved Lajwanti.

It is hard to distinguish in the beauty of Lajwanti what is made, chosen and selected and what really is arising just at the moment we see this film.

A film is often like a journey we have made. What stays with us are first of all the experiences we have made – if through a real or a cinematic journey.

The beauty of cinema does not always appear easily. Sometimes we have to make a long walk like the women in this film to the well to approach it. But when we have walked this way we get our reward, the most precious reward cinema can offer.

Just one day after I saw this film I close my eyes and I still see images of this film. They will still stay with me long after this edition of the Berlin film festival will be history. As Indian cinema became a real stepchild of nearly all sections of this film festival, like so often in the last 10 years, one of the very few Indian films I saw at this festival became one of the most beautiful film experiences, I made. As most festivals already lost its purpose to discover strange and beautiful films, Lajwanti is exactly the right reminder what film festivals once were invented for.