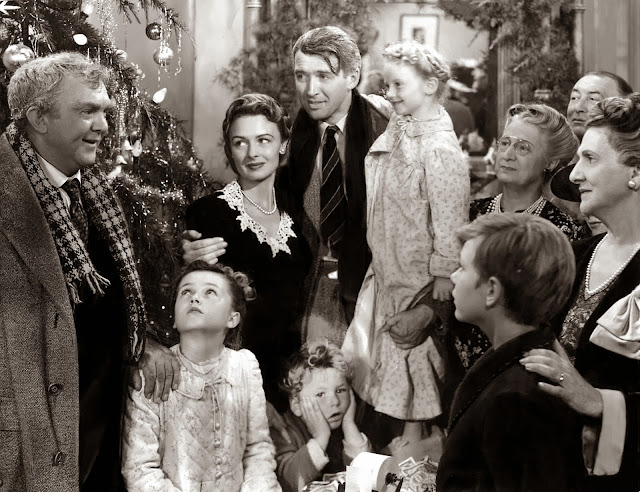 Meet John Doe and It´s A Wonderful Life are probably the finest films by Frank Capra. At the same time the most optimistic examples of the solidarity of common people but as well his most fathomless films. Often attacked for his sentimentality including his faith in what we call the “American dream”, Capra is much more complex. It is also remarkable that Capra had quite a lot of very different admirers, the great documentary filmmaker Marcel Ophuls, one of the most important American independent filmmakers John Cassavetes, the Japanese director Yoji Yamada, John Ford or the Indian master Satyajit Ray. More or less the only afinity of Capra`s very special mixture of drama and comedy exists today only in the films by Japanese Yoji Yamada.
Yamada has in common with Capra that his “solidarity" with the common people were never really approved by critics influenced by left ideologies. Ideologies are blind and useless if it comes to Cinema.
Meet John Doe is at the first sight one of these films which were supposed to prepare America for the entrance in World War II. Other examples are Hangmen also die by Fritz Lang, To Be Or Not To Be by Ernst Lubitsch, The Great Dictator by Charles Chaplin or Foreign Correspondent by Alfred Hitchcock. It is remarkable that Meet John Doe is probably the only Anti Nazi-film in Hollywood where the danger of fascism has already reached America while especially The Great Dictator and To Be Or Not To Be leave the fascism in an Europe which was still engrossed by the still “neutral” America.
D.B. Norton is in several aspects a wannabe American Hitler and at the same time a representant of economical power, means something like Krupp and Hitler at the same time.
The most daring aspect in Capra´s film is the confrontation between a real solidarity of the people and how easy it can be abused by political interests. Today we know that one reason the German fascism could exist was the distortion of certain traditions. For examples the solidarity of the working class before the fascism was distorted into a pseudo people´s solidarity against Jews or communists and many other ethic and political minorities. For example the Nazis changed texts of traditional songs of the working movement into pure fascistic propaganda songs.
It is an oversimplification to say that Capra only focused on his idealized America because he always works with this distortion of the American dream and he always deals with the endangerment of this dream. Capra´s optimism can not exist without these moments of a total social danger.

To deal with film history means often to brush away the dust and to ask often the reputation these films once got. From these reputations often only the simplifications survive. The dynamic in the finest films by Capra is always between idealization and a sharp questioning of his vision of America. An often one dimensional  criticism was often chewing on Capra´s anticommunism, his conservatism or his seeming sentimentality. Meet John Doe has very disturbing moments and obvious hints to American sympathies for a fascistic state embodied by D.B. Norton and his nephew who wears a Nazi-like uniform.
Even more striking  - the front line between the usual American capitalism and the tendency to an authoritarian state is very thin – which is quite a lot for a director which was put carelessly in the conservative corner.

The John Doe-movement with all its national conventions, a kind of civil right movement against corruption and exploitation turns once near the end into its opposite. The solidarity of the masses turns here caused by manipulation into an angry mob. It is one of the most disturbing moment in Capra´s work. It was interpreted as a christian metaphor, a hint to the crucifixion of Jesus Christ, but an interpretation like so much written on Capra again a simplification. Meaningless to say that these often as conservative labelled masters John Ford and Frank Capra were the very few during the time of World War 2 with a vision of social reality in America.
From my very German perspective this moment is one of the most representative image of the Twentieth Century. In very few moments we see a quasi revolutionary movement is
changed and distorted into a dangerous mob. Except in the films by John Ford and Terrence Malick , the American dream never appeared on film more vulnerable than here. How this American dream turns into a nightmare has the unthinkable dimension how the post-revolutionary German in the 1920s turned into one of the most barbaric terror states in the history of mankind.
In a way Capra is much closer to more recent analyses of the phenomenon of fascism than it seems at the first view. Fascism is hidden overall as well in America and often under coziness.
After all Meet John Doe is one of Capra´s richest and most complex films. The seemingly naivety of Capra is nothing else than a wrong track. It should not be overlooked that between all the elements he played with, comedy, melodrama and sentimentality, there is often a sharpness. 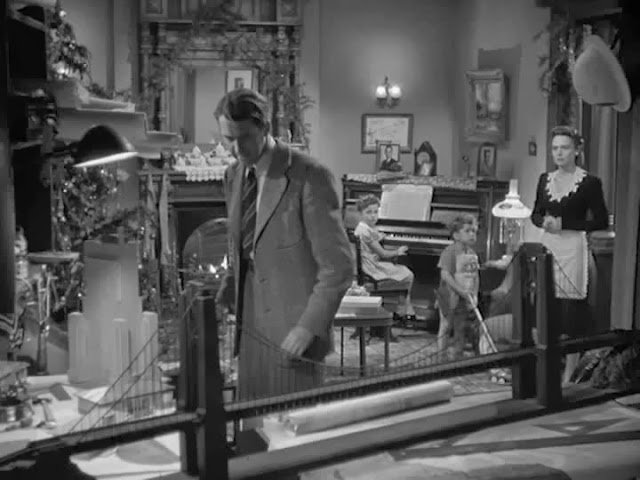 Rüdiger Tomczak
Posted by shomingeki at 5:00 PM No comments: