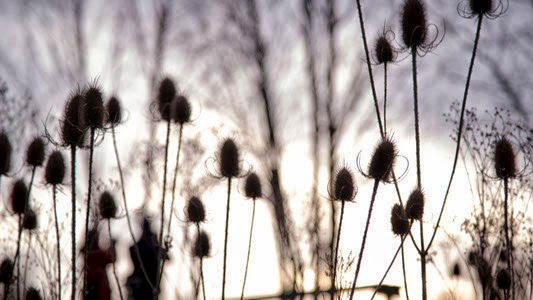 Manjeet S. Gill called his film openly as a film “inspired by the films by Hou Hsiao Hsien”. Which reminds me in the long obsession I had in the Nineties for his films, especially his trilogy and until his last and very underrated masterpiece Kohi Jikou (Cafe Lumiere).
And especially Kohi Jikou, Hous homage to Yasujiro Ozu is a good key to Gills film.
How to live in the world of images of a director one admirers? Hous Ozu-Hommage has nothing to do with just quotations of images, it was a love declaration of a director to another despite all differences and from an own personal perspective. If Hou as a Taiwanese or Manjeet S. Gill as a british with Indian roots, both films have an own unique way od revealing their admiration for Ozu and respectively Hou.

There is also another more recent film which comes to my mind, the Edward Hopper-Homage , Shirley-Visions of reality by Austrian Gustav Deutsch whose films is divided in 13 scenes all based on a certain painting by Hopper. Manjeet S. Gills long takes are not based on easy recognizable moments from the films by Hou Hsiao Hsien but his it also does not stop at pure admiration and transforms influences into an explicit personal and vital cinematic kind.

At the first sight, very few happens in the long sequences, the film is built of. But very soon the film reveals itself as a very tight meditation of both, fragments of human lives and cinematic images.

The prologue which looks like an audition shows two of the main characters Kim and Rod introducing themselves. Even though the film is fictive I have to think what German Rudolf Thome once said about his films as “documentaries where we watch actors working”.

The story is rather a situation which unfolds itself from scene to scene. Rod, a man of Indian origins quits his job and studies photography while his wife earns now alone their living. During classes he meets a younger German students whose enthusiasm seems to be an inspiration for him who tries to escape his triste every day life as an adult and his obligations in family traditions and expectations others have in him.
Rod and Kim work together on their photos and meet more and more often for dinners and drinks. The film is not only structured in long and almost entirely static sequences but as well in single situations which keep its own independence from the plot – which is probably another affinity to the films by Hou and last but not least by Ozu.This sequences, very often separated from each other by long fade outs and black leader. The more we find orientation in these composition of sequences the more we are enabled to connect and re-edit the film in our imagination.
One of the layers of the film is reflected near the end: The films is among many other things as well about making images, collect and select them and bring it in order like Kim and Rod do for their exhibition.
Like Ozu and Hou, the connection between the sequences – even though a result of the director´s decision – seems to happen by itself. It is a bit like André Bazin once wrote about a film by Jean Renoir, that “we feel for moments a fleeting and temporary privilege to see the reality of the things.

That life is not one story but a whole universe of them we could see in Ozu´s most beautiful film Bakushu, and idea which stayed with me since a long time. The single little stories the sequences of Coffee in Winter are telling remain in my memory. One of these moments is a seeming banal sequence . Hema and Rod are sitting on the couch, side by side. The spectator´s point of view is strange. We see them in front of us, but they are sitting and we are standing like guests who are not yet allowed to take a seat. Another moment is as subtle as intense. One night, Rod comes home late at night. His wife is already sleeping. He sits on the bed and looks at his sleeping wife – for a very long time. As cinema can not reveal what a person thinks we at least get an idea that he is reflecting about something which moved him without being able to put the finger on that. A strange and touching moment.
When he talks with Kim, they exchange experiences, family stories, attitudes and decisions made or not made by cultural conditions. Sometimes it seems to me Rod moves between his home and his excursions with Kim like a spectator between his every day life and the longing and promises evoked by a film. These two poles seem to me also two very elementary poles in Cinema at all.

As soon as one gets adapted to the slow pace of the film and the long sequences, the film seem to be filled with fleeting moments of beauty, traces of happiness. A lot of farewells between Kim and Rod take place at bus stations or tram stations. A tram departs and people are again separated. Each of them has to return to their own lives.
That remembers me in Ozu´s wonderful swan song Samma no aji where the little escapes of a lonely widows ends always again in his house and his every day life.

Finally, when Rod and Kim watch their photos and select them for the exhibition, we see finally the images they made in a frame, hanging on a wall. They seem to be very engrossed and even more fleeting moments now conserved. When they look at them, they look at fragments of a lost world.

It is not our business anymore if Rod and Kim are lovers or not. As we witnessed fragments from their life for a limited time we have to get back to our own business. The last shot reveals the very special intense of how Hou is leaving his films, this caesura between between a film as images of fragments of life to our own.
Coffee in Winter brings a lot together, a homage to Hou Hsiao Hsien and finally a love declaration for Cinema. But as love is a very personal affair, this film is much more than a homage, a personal reflection incarnated in a strange and beautiful cinematic poem. 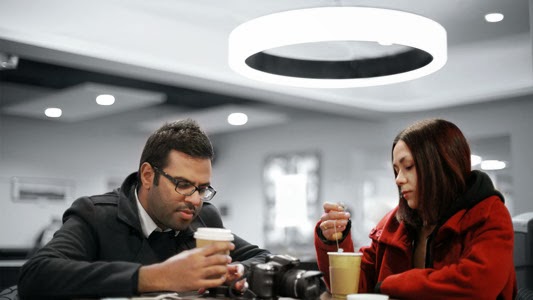 More about Manjeet S. Gill and the Black Country Cinema

Posted by shomingeki at 7:08 PM