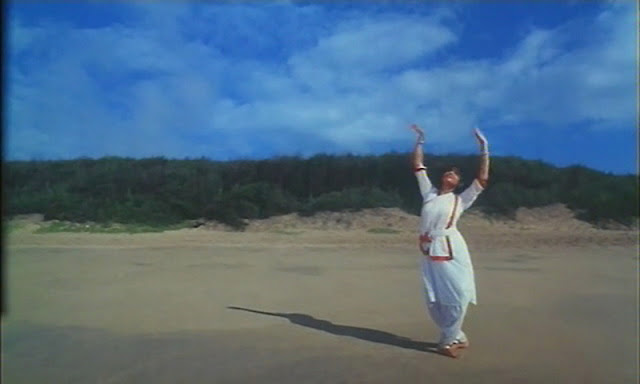 (this is a note from shomingeki No. 6, October 1998 on the International Filmfestival of Fribourg and it is one of some shorter notes on other films).


One of the two Indian entries deals with a crisis of a relationship. YUGANT (What the Sea said), a film by Aparna Sen tells about a married couple who meet after a long time of separation for a reunion at the place they spent their honeymoon. He is  designer and she is a dancer. Aparna Sen interweaves the crisis of a wealthy couple with the common destruction of the ecological environment. Whole populations of regions will be relocated for making space for a fill dam. Both protagonists don´t have only permanently redefine their place in this marriage but they have also redefine their position as artist or businessman in the world. Casually we see in TV-news reports about oil contaminated beaches. At the end the sea is in flames. This all dominating fire is the final image of this film which begins as an intimate play and ends in an Apocalypse.

Posted by shomingeki at 5:07 PM