Notes on the Berlin Filmfestival X. 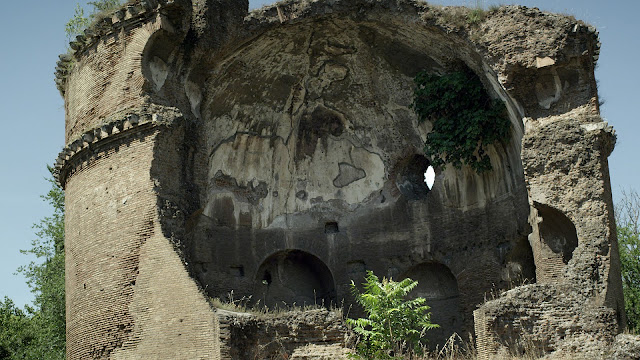 
In just a few days, the last Berlinale will be forgotten, the environment around Potsdamer Platz will be again nothing more than a shopping and business center. I am fine with this. But there are films which should´t be forgotten, the Cambodian films and Davy Chou´s wonderful documentary on the tragedy of Cambodian Cinema, GOLDEN SLUMBER, Toshi Fujiwara´s NO MAN`S ZONE, Yang Yonghi´s brand new masterpiece KAZOKU NO KUNI. Another discovering for me  (I never saw one single film by him before) was Heinz Emigholz´s PARABETON - PIER LUIGI AND ROMAN CONCRETE from his series "Architecture as Autobiography". Only the heaven knows why I avoided the films by Heinz Emigholz in the last years. I regret it now. But then, I ignored for a long time Terrence Malick (until I realized that his THE THIN RED LINE was probably the greatest film which ever won the Golden bear in Berlin in 62 years). The cinematic access of Emigholz to the buildings he films is an invitation. Invitations you can accept or refuse. My intuition told me this time to accept and it was a wise and rewarding decision.
Last but not least So Yong Kim´s FOR ELLEN, a kind of Road Movie, on the surface a male story between Ford´s THE SEARCHERS or Wim Wender´s PARIS TEXAS, finally a ballade on a frozen relationship between a 6 years old girl and her father who is a stranger to her.
Except just a few films, I focused this year on the Forum-Section especially after the bad experiences I made in the last year with Competition or Panorama. Anyway if you are not focused you are lost in this festival which becomes every year more difficult to overlook.
The Berlin Film festival as a whole complex especially since Dieter Kosslick overtook it from Moritz de Hadeln (a man with a far deeper knowledge in world cinema than Kosslick)  is a blown up more event-orientated thing. The Forum, even now more integrated than before and even more compact in its number of selected films, seems still to be the best section for me. The irony is that Christoph Terhechte remained as the last leader of a section who really has knowledge in world cinema at all. And as long as I can find such a film like Yang´s KAZOKU NO KUNI (it became a tradition to watch a film by Yang Yonghi 3 times at every Forum´s edition where it is programmed). With her soulful films in my mind, I can bear anything  -or better - I am able to ignore this ugly Potsdamer Platz with its false glamour and its embodiment of a repressive neoliberal order which has already infected the whole world.

The film theaters in Berlin are dying in a dramatic speed. The competition, the Berlinale Special takes place in absolutely inadequate buildings, halls for musical and theatre, since one of the most beautiful film theatre "Zoo-Palast" is in the process of reconstruction, the film festival has a big lack of film theaters. Around 8 years ago, the "Royal", a cinema with one of the biggest screens of the the world (around 400 square metros around 3 times as big than the screen at the Berlinale-Palast)) and with around 900 seats was demolished, it could have been one of the finest festival film theatre at all. The "Gloria" still reconstructed and restored in the late 1980s, is demolished long time ago. For Berlin is the lack of these two masterpieces of cinema architecture quite a disaster.

There was a time when I thought a festival is a place where a film which has few chances to get its audience can get a lot of attention, means a place of discovering. I am sure it was once true and it may still be true in some single cases but in Berlin probably only at the Forum with films by Toshi Fujiwara, Yang Yonghi, So Yong Kim and such spectacular discoverings like the mini retrospective on Cambodia.

Don´t ask me who has won the Golden or Silver Bears. I have already forgotten. The only Award which was given and which means something to me is the Award of the Conféderation Internationale des Cinémas D'Art et Essai (C.I.C.A.E) for KAZOKU NO KUNI.

The last film I saw was SUZAKI PARADAISU AKASHINGO (Suzaki Paradise: Red Light) by Yuzo Kawashima, from a mini retrospective of the Forum dedicated to this director. Another good tradition of the Forum in the last 9 years, and a reminder of the extreme richness of the two Golden periods of Japanese cinema, 1930s and the 1950s.
Overview

Kazoku no kuni by Yang Yonghi


No Man´s Land by Toshi Fujiwara


For Ellen by So Yong Kim


Once again on Kazoku no Kuni by Yang Yonghi


The Bridges of Madison County by Clint Eastwood