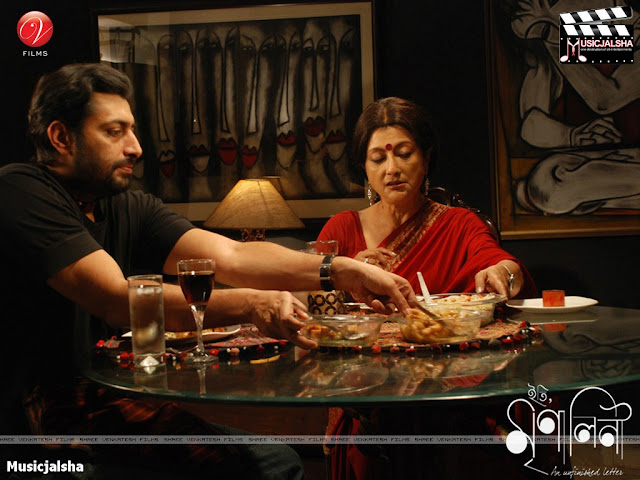 I don´t want to reveal to much from the story, because these are first notes.


At the beginning as much I have to reveal when Mrinalini  intends to commit suicide and recapitulates her life through memories I thought of Max Ophül´s last film LOLA MONTEZ. The aging Mrinalini may be tired in life, but Aparna Sens film is the opposite. If I have to find terms for the always refreshing vitality of Aparna Sens films in the last 10 years, than I ´t hesitate to think she is one of the few contemporary filmmakers who give cinema back what it is in danger to loose forever.
Aparna Sen said that she felt like experimenting with a more popular genre. It is not just a flirt with mainstream, it is quite a daring experiment. ITI MRINALINI is a good example that you have with Aparna Sens films always the chance, enjoy intelligent and sophisticated storytelling , enjoy like in most of her last 4 films a firework of cinematic ideas and reflections on cinema in general or just enjoy both and you have one of the richest harvest, contemporary narrative world cinema has to offer.
As the film deals with memories of an aging film diva, her memories are often fragmented and at the end we have to put the puzzle together. Opposite to Aparna Sen herself, Mrinalini is an actress who never made own films and who never got the chance to work for Satyajit Ray or Mirinal Sen, not to mention the Super Nova of Indian cinema, Ritwik Ghatak. But at the beginning when Mrinalini is looking at old photos or things which evoke memories in her, she is “editing” her life and reflecting on the images she has of her life like a filmmaker has to edit the images of her film.


Says Bengali film critic Pradip Biswas, “the film is crafted in a manner that might hurt your critical sensibilities” In his superficial and very arrogant pamphlet on ITI MRINALINI in the online magazine “The Scape” he already sees THE JAPANESE WIFE and this film as examples for the decay in Bengali cinema. The texts sounds too much like the Bengali pendant to Jim Hobermans equally dull review on Malicks masterpiece THE TREE OF LIFE. Both are judging on films they have not even half digested not to mention – not understood. In their eyes I must be stupid or shizophrenic, because I saw a lot of wonders in this film. I am not so much angry about the fact Biswas and his american pendant Hoberman have not the same taste like me. I am rather in rage because they blame the films they judge in the same way they blame the films for. If there is something like a “left machosim” in film critic I can name two exemplares.


Does ITI MRINALINI works as a whole film?
Of course it does – and in the same way CITIZEN KANE by Orson Welles, LOLA MONTEZ by Max Ophuls or SAIKAKU ICHIDAI ONNA (The Life of Oharu) by Kenji Mizoguchi does. It is as reflective like CITIZEN KANE, as restless like LOLA MONTEZ and as elegant like Mizoguchis film.


The long tram travel with the young Mrinalini (played by Konkona Sen Sharma) and her first boyfriend , a Naxalite reveals in me the famous tram scene in Murnaus SUNRISE with the difference the landscape which passes by is real and not reconstructed in a studio. You have the choice to focus on the dialogue between the lefttish boy and the young woman who wants to become an actress or just looking out of the tram windows or you can have both and it will be an unforgettable experience very rare in narrative cinema.


Truffaut wrote once in his collection of film critics “The films of myx life” that there were often very small moments which makes him falling in love with a film. In ITI MRINALINI there are four encounters of the young Mrinalini with other women which stay in my mind as some of the great moments in Aparna Sens films with me forever. One with the german girlfriend of her brother Julia (Suzanne Bernert), one with an aging actress, a lomg conversation with her daughter who is adopted by Julia and her brother and this incredible emotional impact when she encounters the crippled woman of her dearest friend. Some of these person have limited screen time but that are shining bright and I can never forget them.


There might be sympathy from Aparna Sen for her and Sen Sharmas character but despite Aparna Sens own experiences as filmstar, her attitude to this mosaik of some different characters has again the Ozu-like justice to all her figures. Just remember the small but intense scene between Konkona Sen Sharma and Suzanne Bernert on the beach or the long walk and conversation between Mrinalini and her her daughter. Both scenes have the beauty of a scene from a film by Ozu. Mrinalinis encounter with Chintans crippled wife has the intense of a scene from a film by Ritwik Ghatak.


Of course Konkona Sen Sharma offers again one brilliant performance. But the quality of Aparna Sens directing is a kind of decentralisation. All the persons in Mrinalinis memories have a life on its own.
As far my unsorted thoughts. It is one of these films which become more beautiful after every time I see them.
Rüdiger Tomczak

Posted by shomingeki at 9:48 PM No comments: 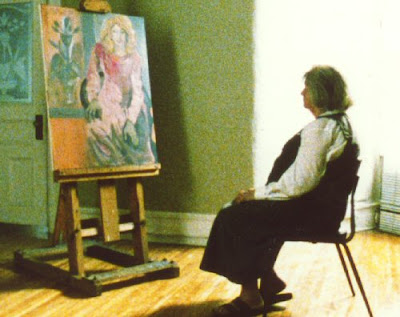 Bettina Klix - Rapture of the Depths a book release. 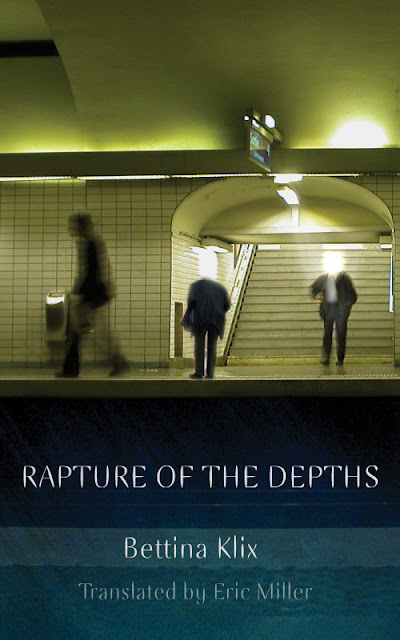 In Canada an english translation of a book by Bettina Klix is released.The translator is Eric Miller (German-english)
Bettina Klix is a longtime collaborator of my filmmagazine shomingeki where she wrote among others on late german filmcritic Frieda Grafe, on filmcritic Helmut Färber, on films by Effie Mikesh, Michelangelo Antonioni, Helke Misselwitz, Rudolf Jugert, David Lynch, William Wyler or on books by filmcritic Peter Nau etc.
Bettina also published two books of prosa, Tiefenrausch (the german original of the book above) and Sehen, Sprechen, Gehen.
one of her most recent release is a book on Paul Schrader Verlorene Söhne, Töchter, Väter.

Posted by shomingeki at 12:34 PM No comments: