The Films of Dang Nhat Minh 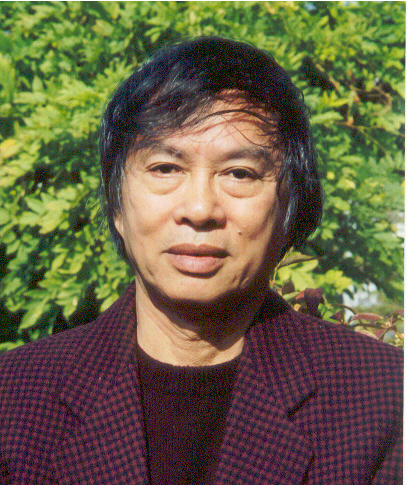 Only recently have I seen the films directed by Dang Nhat Minh that are not very well-known in Germany. However, my admiration for his directing began several years earlier when I gained my first glimpse of him in Thuong nho dong que (Nostalgia for the Countryside, 1995). Halfway through the film, I realized that this was one of the best films I had ever seen in my life. The unforgettable characters and the images of fields immersed in sunshine had instilled themselves so much into my mind that I even dreamt of them.
With the sole exception of one of the films of Japanese director Yasujiro Ozu from the realism movement, there has never been another film whose characters I feel so close to as those in Thuong nho dong que. The film is about poverty, farm work, despondency, separation, and death. Strangely, I feel secure in this part of the world, which is described so affectionately in the film. The destructive influence of war was clearly revealed to me through the Vietnamese characters, animals and scenery. True love in the movie overshadowed the images of the war-torn Vietnam etched in my mind.

Minh’s love for all living beings is conveyed with incredible insight. Humans, animals and plants are so intimately portrayed that they make viewers shiver. Such characters as Nham (the young boy who likes to daydream and write poetry), Quyen (the sad Viet Kieu), and Ngu (the lonely sister-in-law) are the most extroadinary characters I have ever seen on screen.

In Bao gio cho den thang muoi (When the Tenth Month Comes, 1984) – the first of Minh’s film to be shown outside of Vietnam – war is still prominent. It is primarily about the misery of a young woman whose husband has died in the war. Even though both Thuong nho dong que and Bao gio cho den thang muoi are set in a peaceful rural background, the dreary black-and-white scenes are enough to reveal the suffocating atmosphere of war. The photographs on the altar of dead family members who died in the war uncover a daily reality of Vietnam’s history. Minh describes the rural aspects of the characters with affection, as he did in his later works; however, the overarching theme is the sadness and inevitability of death. Duyen’s late husband only appears in long flashbacks or in dreams, as swiftly as shadows of ghosts. Above all, this movie is about the painful separation of the living from the dead. Without any exagerration, Minh demonstrates enormous sympathy for the efforts of the common people to overcome this pain. For me, this film is a eulogy to Vietnamese cinematography.

Co gai tren song (The Girl on the River, 1987) is a voice of courage as it criticizes the adverse situation of post-war Vietnam. Nguyet, an injured laborer in the hospital, tells her life story to a journalist there. During the war, she was a “girl on the river,” a prostitute who worked on small boats. During this time, she saved the life of a soldier and subsequently fell in love with him. Years after the war ended, she meets him again, but he is now a successful government official and pretends to not even recognize her.
The journalist meets up with her own difficulties when she tries to publish her article about the girl. Minh clearly sides with the journalist and her quest for truth and with Nguyet and her condemnation by society. There is an interesting twist in the film: The person who prevents the article from being published is a high-ranking Party official and the journalist’s own husband. Although once committed to noble ideas, he too is just another case of the callous and extroadinary misuse of power.

Tro ve (The Return, 1994) is another movie about daily life in post-war Vietnam, but set in big cities. Minh follows the path of Co gai tren song and anticipates the pessimism of Mua oi. Tro ve portrays the emotional changes in a woman married to a wealthy businessman. However, this time the heroine is enmeshed in an extensive network of various relationships with other characters. Since I first watched this movie in its original Vietnamese without subtitles, I was able to notice how Minh reveals his characters’ emotions and relationships through gestures, eye movements and facial expressions. These techniques demonstrate a musical delicacy that I have only witnessed from Ozu.

In Thuong nho dong que (Nostalgia for the Countryside), we can see the great compassion Minh lavishes on his characters, despite his obvious agitation over the changes in society and the loss of values. For example, near the end of the film, the female protaganist decides to leave her husband. Even after making such a bold decision (which Minh seems to support), she takes time to feed the dog, lock the door, and drop the dog off at the neighbor’s. This particular scene shows a great affection for living things and I think it beautifully confirms the conflict between Minh’s ability to capture an intimate portrayal of society and his deep love for Vietnam’s ordinary life and people.

Mua oi (The Season of Guavas, 2000) has almost as many layers within it and is inarguably Minh’s darkest film. Hoa, a man who lost some of his mental faculties from a boyhood fall, appears as a counter-balance to the young poet Nham. Hoa’s strange existence and failure in the real world produces bitterness in viewers. In many aspects, this film is a demonstration of the two potential abilities of cinematography. Images of Hanoi are shown in documentary-like objectivity while the meeting scene between Hoa and the girl beside the gate of his former house is shown in poetic beauty (remininscent of the final scene in Charlie Chaplin’s City Lights [1931]). Another example is in the delicate distinction between Hoa’s sister’s retrospections as milestones in the story and Hoa’s own instantaneous flashbacks, which are mostly sentimental moments. Both the story line and the unforgettable moments reflect cinematographic poetry. Besides a realistic portrait of daily life in modern Hanoi, the film also contains moments that show the marvel of magic lantern effects (a camera style that mimics an early version of the slide projector called the magic lantern): feet run, climb, or rest in the beginning of the film. Strangely, they remind me that even a realistic film is first of all based on our optical illusions and that movements are the combined result of a number of separate images.
As a real human with his own emotional life, Hoa earns money by working as a model for students of an art college to paint. Later on, Hoa is admitted into a mental ward where he is forced to take medicine that rids him of his own voice, which also despises his body of its soul. As time passes, Hoa is no longer able to feel anything and his long-term memory is gone. He is simply dead while still living. He has become the truly perfect model.

For the first time in his films, Minh allows the practicality of society to win over the poetic beauty, signalling a pessimistic future. Though I love this film, I sat shocked after watching it. Minh once commented, “I come from Asia, but I often think of Jesus’ words: ‘Truly I tell you, unless you change and become like children, you will never enter the kingdom of heaven’ [Matthew 18:3 NRSV]. Today I strongly believe that we will never reach heaven. This is our own disaster.”
Of the movies I have seen lately, none have revealed such a great concern for the world we are living in as in Mua oi. 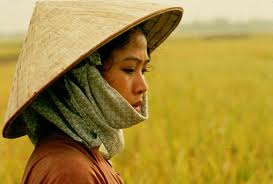 a vietnamese and a german version was first published 2003 in the Online magazine talawas.
This english version was supposed to be a chapter on a book on Vietnamese cinema. If this book exists, I can´t confirm.

Just recently I saw Dangs latest film Dung Dot (Don´t Burn, 2009), a film about the moving story around Dang Thuy Trams diary “Last Night I dreamed of Peace”, about which I will write later. Dang Thuy Tram was a young medicine who died 1970 in the Vietnamese-American war. A young GI found her diary and despite the strict order to burn everything he found he kept the diary, brought it with him to America and lat it translate. When he was an old man he gave it back to Dang Thuy Trams family.

Dang Nhat Minhs film is not (like I guessed the adaption of the diary but on the moving story behind. I met Dang Nhat Minh in Berlin , August 22, this year where his recent film was screened at VIET HOUSE.

There is a VIETNAMESE version of all my texts on Dang Nhat Minh here.
An english text on Thuong nho Dong Que .
Posted by shomingeki at 2:46 PM