Films like the memories of a whole human life. 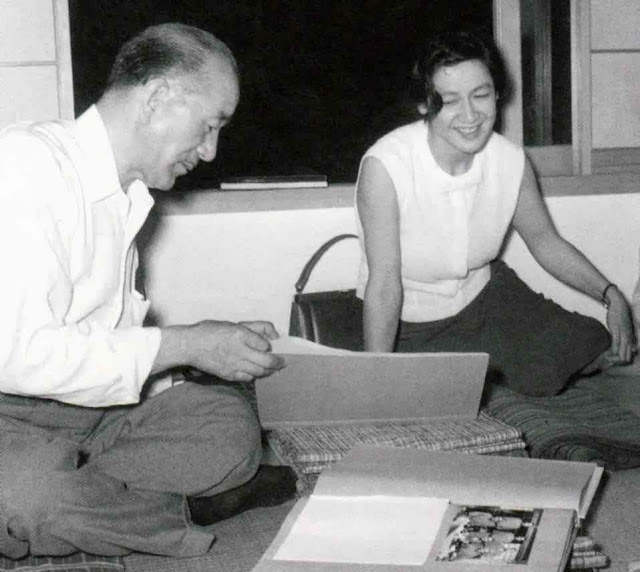 When I saw films by Ozu for the first time 20 years ago, I lived a kind of double life. Once there was my work in a factory in the German industrial region called "Ruhrgebiet" and my early developed enthusiasm for cinema. I grew up as a child of one of these typical coal miner families you could you may have found at the time of my childhood in this region. Until then cinema was a totally different world compared to my every day life. When I discovered the films by Yasujiro Ozu I discovered for myself a kind of cinema which dealt exactly with the world I tried to escape through cinema. aesthetically I am mostly influenced by André Bazins essays on realism and cinema but at the beginning Ozus films were for me a recognition of the world i live in. I got soon very familiar with Ozus films and and they became a big influence in my life. Never before I have seen in cinema the results of big social changes on families or individuals; never before I have seen films which presents the family once as a place of warmth and shelter and on the other hand as a mirror of social pressure in such a precise way.

In these 20 years I tried to find out how these films work and they became always more rich and manifold to me. I tried all kind of literature on Ozu I could find. I learned that Ozu with his contemporaries Hiroshi Shimizu, Mikio Naruse or Heinosuke Gosho have already developed in the 30s inside the commercial film industry a total new realism for the Japanese cinema. They called it shomingeki-films, films on the every day life of Japanese middle-class families, worker, impoverished intellectuals and sometimes even the poorest among the proletariat during the economic crisis in the 30s.  in films like PASSING FANCY (1933), AN INN IN TOKYO, 1935 or THE ONLY SON, 1936.

The cinema was never before so close to the life of ordinary people. That was n´t only a movement against the kind of Japanese cinema which was trapped in its early years in the stereotypes of Kabuki-adaptions, but as well a movement against the raising Japanese fascism. Ozus films between 1931 and 1936 display the Japanese people who moves towards poverty. That appears as a contrast to what we know about this biggest military power in Asia. In these films we see obviously the people who have to pay for this militarily dominance and we get already an idea how the oppression of its own people will be continued to states terrorism of Japan against other countries in Asia.

After some gangster films, melodramas and nonsense comedies influenced by early Hollywood cinema Ozu began with his first dramas on every day life. Until his death Ozus films recorded the Japanese every day life during his time in its contradiction between westernization and tradition. You see it in the kind people are dressed, in the architecture and in a lot of small details. And even after the war he shows social hierarchies if in families, between man and woman, children and parents or in the companies where people are working. with a precision which is still remarkable today.

During the retrospective of the Berlin Film-festival I enjoyed again one of my favourite films by Ozu, EARLY SUMMER from 1951. In his decentralised and episodic narrative structure it is one of Ozus formal most radical film. Though it is a very warm film full of very soft humor and tenderness for its characters. There is not one story which is told. The film seems to consist of a whole universe of stories. Sometimes I even forget that the film deals with a Japanese family in the process of decay. Sometimes, a person looks up to the sky where clouds seem to bloc the view into the infinite universe. While watching this film I laughed more than I cried. But over these wonderful scenes I felt a strange mood about the passing of time like you feel when you open an old photo album. And while I  am still amused about a funny child in the last shot before this family is finally separated - this film seems to be a com-primed memory of a whole human life in a fragile body which has to die soon and with it the memory.

Even after 20 years, films by Yasujiro Ozu still seems to be miracles for me.


The text is written for the Retrospective „100 years Yasujiro Ozu“ in March 2003 for a small local magazine called „Scheinschlag“ in Berlin. The editor asked me to focus on the very personal access I had to the films by Yasujiro Ozu.

Posted by shomingeki at 3:12 PM